‘You are f—ed’: Ukrainian soldier issues warning to Russians in cheerful video 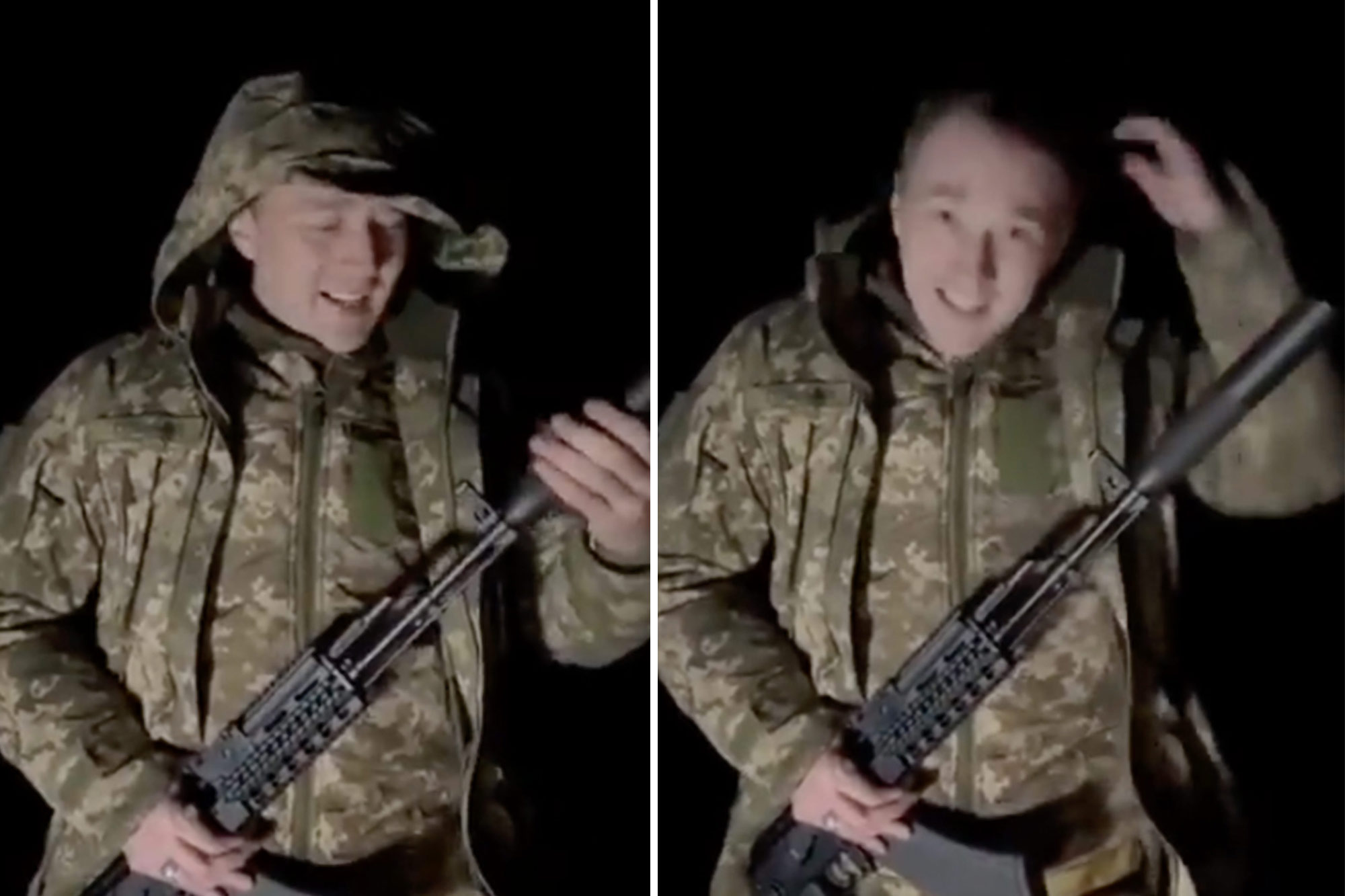 A Ukrainian soldier issued a stark warning to Russia, urging their forces to surrender and retreat while they “still have that chance.”

In the clip, the soldier is seen standing outside, dressed in camouflage gear and holding a gun.

Throughout the video, the soldier wears an eerie grin on his face and laughs as he tells Russian soldiers invading Ukraine that they are “f—ed.”

“I’ll record this in Russian to make it be f—ing clear,” he starts off saying, according to a subtitled version of the video, which began circulating on social media Friday.

“Well guys – what’s up? What, is the Ukrainian night quiet? As the great Ukrainian writer Gogol said, is everything good with you kids? Do you like our Bayraktars?” The Ukranian continued, referring to unmanned aerial combat vehicles.

He continued: “You’ve stopped for now. We’re fine. We’re pulling up our reserves. We have aviation and we have tanks! We’ve got everything. Your ass is ours, fellows.”

He went on to urge Russia to surrender, saying many soldiers have “already chosen that path.”

“How about this…why don’t you f—ing surrender while you still have that chance? Many of you have already chosen that path, it’s not that bad, really. It may be a mistake but we treat prisoners of war fairly well. So you are stuck right now, and soon we’ll start kicking your ass! And we’ll start doing it right now!”

“Therefore, use your last chance!”

His warning came on the second day of Russian President Vladimir Putin’s invasion of Ukraine, which began Thursday after Putin claimed Russia was undertaking a “special military operation” to demilitarize and “denazify” the country under the pretense that Russia was defending itself.

Nearly 200 people have been killed and more than 1,000 others have been wounded so far in the conflict, according to Health Minister Viktor Lyashko. At least three children have been killed.

As of Saturday morning, Russian forces continued to battle on the outskirts of the capital city of Kyiv. So far, Russia has taken control of several villages and cities across the country, as well as the infamous Chernobyl power plant.

Previous article'Do the decent thing!' Samuel West begs government to drop visa rules for Ukrainians
Next articleMajority of Americans say Putin would not have invaded Ukraine if Trump were president