As Nelly Scott stared at her computer, bored,...
News

Gary Glitter is set to be released on...
Women

The Prince and Princess of Wales last year...

A mum has been slammed as careless and ‘not caring if her nephew dies’ after she bought her own son a peanut butter cake for his seventh birthday.

The mum said she was shocked when her sister ‘went ballistic’ when she unveiled the beautifully decorated cake at her son’s party.

She went on to explain her nephew has a severe allergy to peanuts and could die if he ate any of the cake – but said she told him it contained nuts and had bought a backup cake so he didn’t miss out.

She didn’t realise her choice would cause a family rift – but her sister was instantly furious, and was taken inside by her husband to cool down. 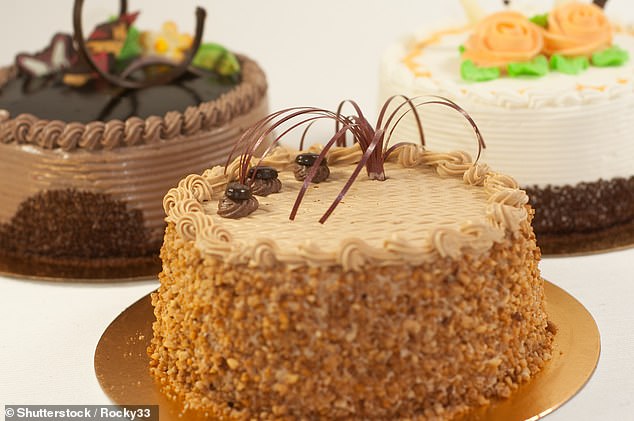 ‘When she came back, the kids were already eating cake. She asked me ‘so you are okay with my son dying so that yours can have cake?’ I told her that’s absurd and I’m not getting into it at a kid’s party,’ the mum wrote on Reddit’s popular Am I the A**hole thread.

‘After the party, she said I am an inconsiderate a**hole for not taking her kid into consideration because if he had just a little bit of cake by accident, he could die,’ she said.

The mum went on to defend her actions and explained she took ‘every precaution’ to protect her nephew, and provide her son with his favourite birthday treat.

She said she made all of the kids wash their hands before resuming play – as traces on hands could be enough to give her nephew a nasty reaction.

But most people said she should have kept the peanut cake for another occasion or at least given her sister a head’s up before the day.

‘I don’t understand why she wouldn’t get a vanilla cake for everyone and then get a small peanut cake he could have as a small treat during his birthday week or on the day of his actual birthday. So many ways she could’ve avoided this.’ 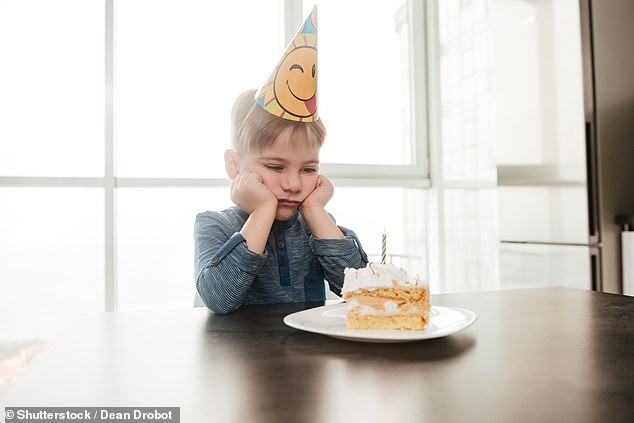 ‘Her son is old enough to understand his cousin could get sick – she should have kept this for a day when the cousin wouldn’t be at risk. I would be furious,’ said another.

Who is in the wrong?

One woman said the mum needs to educate herself on allergens – as her ‘poor’ judgement could have caused disability or death.

Some people told horrific stories of just how bad food allergies can be and why her sister had every right to be furious.

‘I had a kid at a daycare i worked at go into anaphylaxis shock cause a kid on the other side of the room had a peanut butter sandwich and protein got into the air,’ one woman said.

‘We have a frequent attender (completely justified) at our hospital for a fish allergy. Its so severe that if she comes into contact with anyone that has eaten fish in the last 48 hours she goes into anaphylaxis. She also gets anaphylaxis from smelling fish,’ said another.

While a third claimed their cousin went into a coma after hugging a friend who had eaten a Snickers bar the day before, noting he had been wearing the same jacket which was enough to trigger an intense allergic reaction.

1 – Peanut allergy is common and affects around 3% of children. In some cases even trace amounts of peanuts can trigger symptoms. Someone who is allergic to peanut is not always allergic to tree nuts. This is because the proteins in peanut are very different to those in tree nuts, such as almonds, cashews, hazelnut, macadamia, pecans, pistachios and walnuts.

2 – Allergic reactions to peanut (or other foods), range from mild to severe. Mild to moderate symptoms of food allergy include swelling of face, lips and/or eyes, hives or welts on the skin, stomach (abdominal) pain and vomiting. Peanuts are one of the most common foods that cause life threatening severe allergic reactions (anaphylaxis).

3 – Symptoms of anaphylaxis to peanut (or other foods), include any of the following; difficult/noisy breathing, swelling of the tongue, swelling/tightness in the throat, difficulty talking/hoarse voice, wheeze or persistent cough, persistent dizziness and/or collapse. Young children may become pale and floppy.

4 – Food labelling laws in Australia and New Zealand require that any product containing peanut must be clearly labelled. It is important to check the labels of all foods before purchase. When eating out with peanut allergy some simple precautions include; contacting the restaurant, café or home cook in advance to let them know of the food allergy, telling restaurant staff about the peanut allergy on arrival, and asking about peanut in the food that is ordered, rather than relying on menu descriptions as dips or sauces may have peanuts in them.

5 – If an adrenaline (epinephrine) autoinjector has been prescribed the person with allergy should have it with them at all times. Under the supervision of a clinical immunology/allergy specialist and supportive contacts, people with allergy to peanuts can learn to manage their allergies. Having adrenaline autoinjectors offers reassurance, but it is not a substitute for strategies to minimise the risk of exposure to allergen triggers.

Gary Glitter is set to be released on...

Gary Glitter is set to be released on...