Social media firms are set to be forced...
Women

A woman has revealed a simple, fool-proof way to check if your partner is sexting with somebody else – by seeing if they have saucy snaps saved to their phone.

Leah Louvaine, 25, from London, has shared the simple hack on TikTok, where viewers immediately tried it out themselves, confirming it worked.

The podcast host (@leahontheline) says that although her methods are ‘toxic’, she is here to help women who may have an ‘inkling’ that their partner is being unfaithful.

Whether you’re worried about him exchanging saucy pictures with someone else, or if he has kept inappropriate photos of an ex on his phone, Leah has shared her sure-fire trick to catching him in the act. 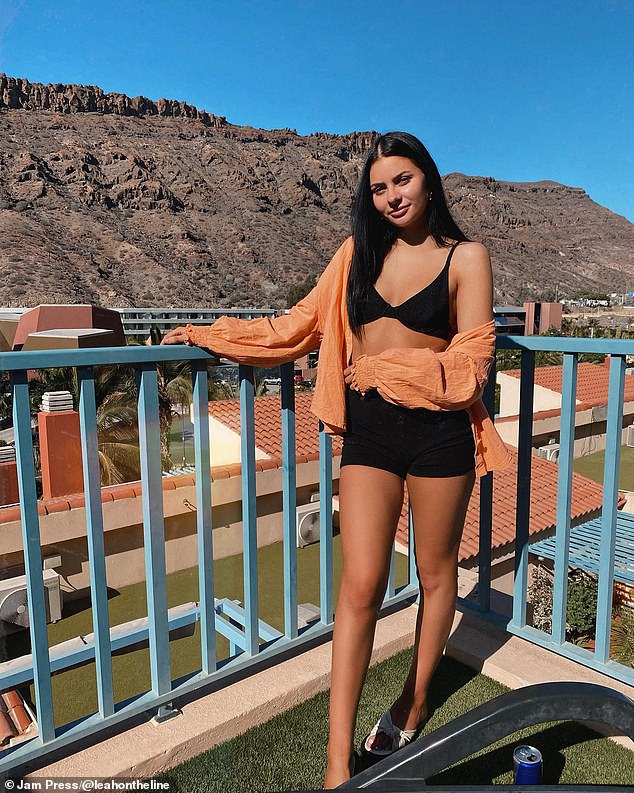 Leah Louvaine, 25, from London, has shared on TikTok how people can search a phone’s camera roll to find nude pictures 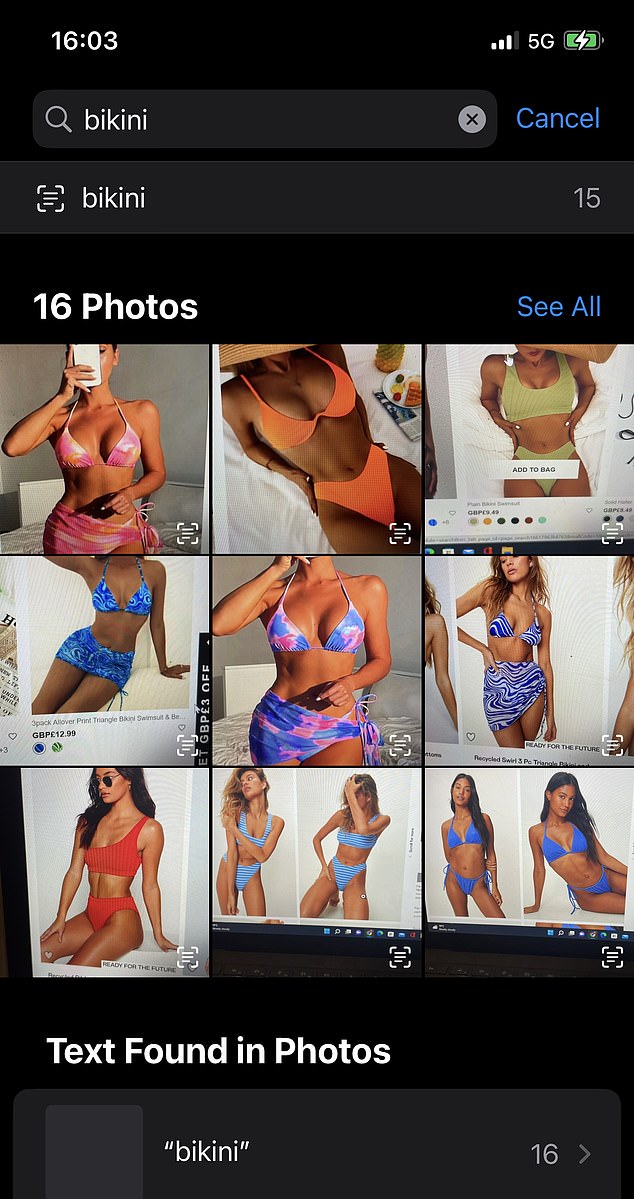 Searching for specific keywords, like ‘brassiere’ or ‘bikini’ will bring up pictures the person has stored on their phone

Viewers immediately tried the hack out themselves on either their own phones or their partners’, confirming it worked

In the clip from her podcast, ‘Leah on the Line’, Leah says: ‘Do you want to know if your boyfriend has nudes on his phone? Because I can show you how to do it. I’ve literally got a hack.

‘You never know when you might need to pull that trick out of the bag.’ 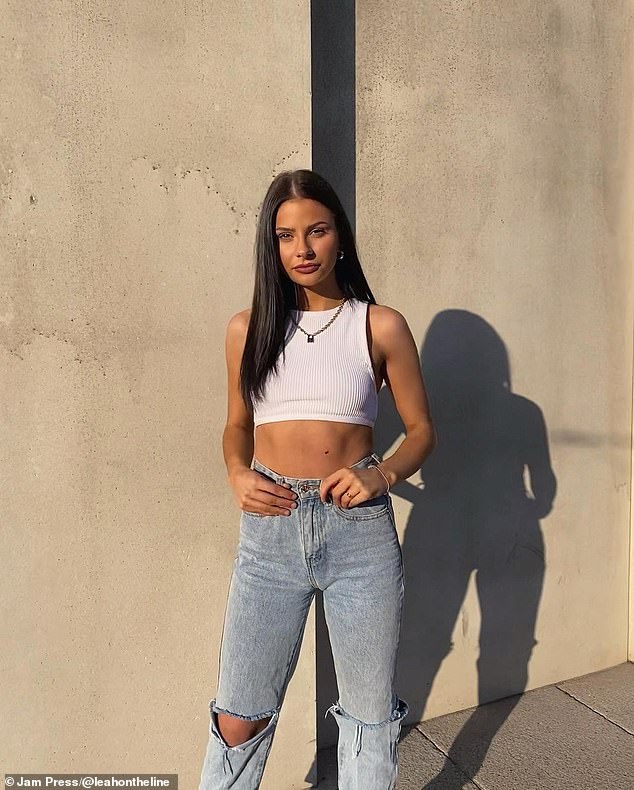 The podcast host (@leahontheline) says that although her methods are ‘toxic’, she is here to help women who may have an ‘inkling’ that their partner is being unfaithful 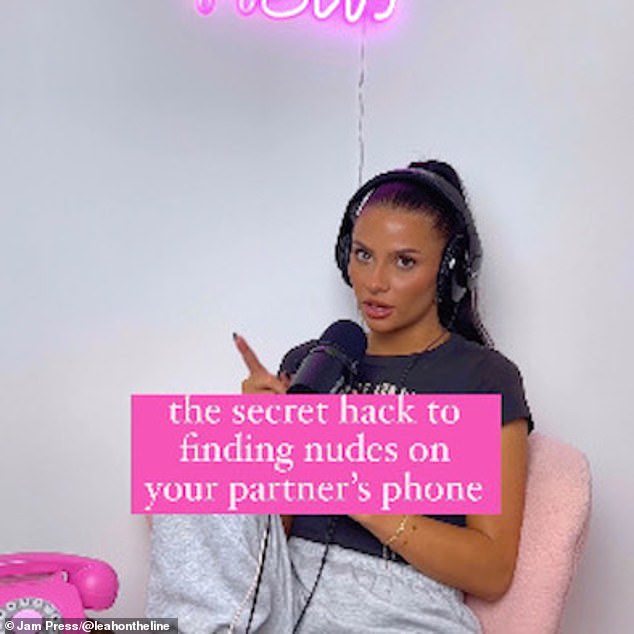 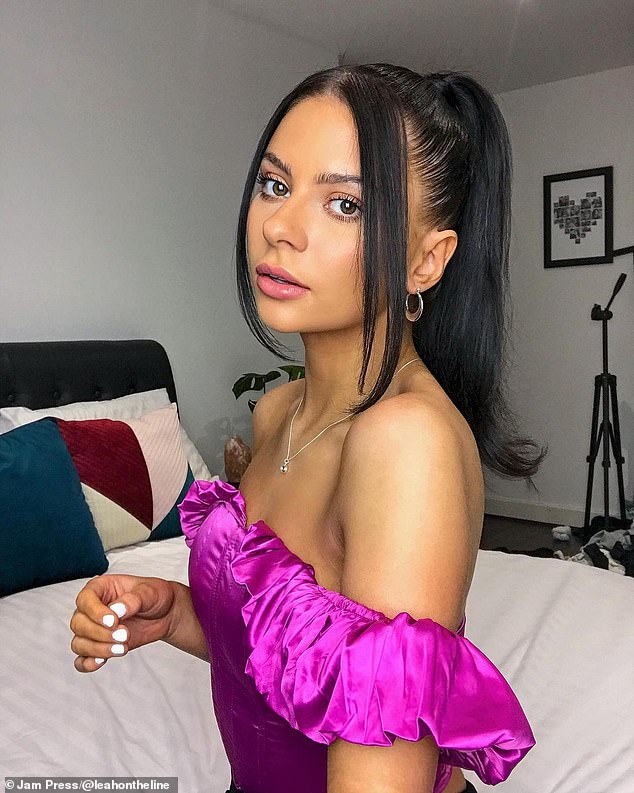 Users were quick to try out Leah’s hack, with many praising the podcast host, claiming that it works.

‘Me: I don’t wanna know. Also me: watches the whole thing,’ said one user.

Another person wrote: ‘News to me that there was even a ‘search’ option.’

‘Not necessarily if they’ve got them in the ‘hidden’ folder on camera roll which needs Face ID for it,’ commented another person, to which Leah responded with a red flag emoji.

Another user said: ‘Oh my god it works… currently single but I will take this information forward with me.’ 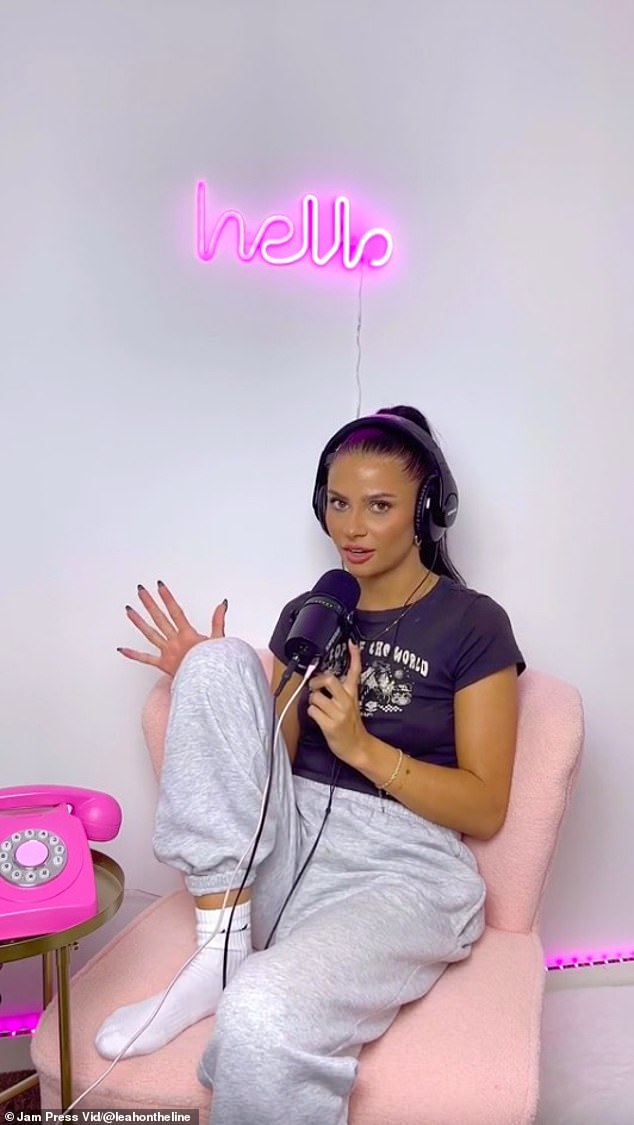 While she said she does not condone snooping on one’s phone, the host said that the hack could be useful for women trying to find out if their partners are being unfaithful 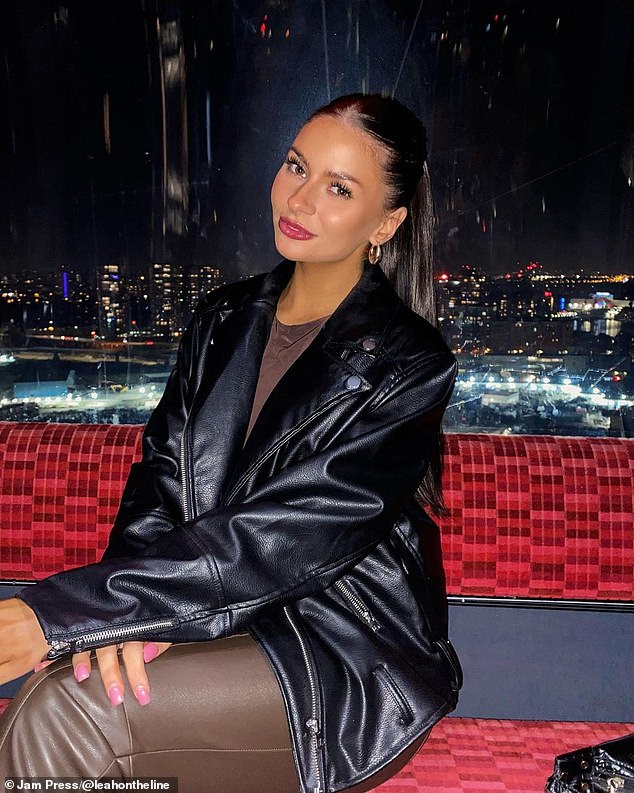 After trying the hack on her own phone, Leah was happy to share her knowledge with other women who may be worried about their partners’ behaviour

‘Did it on my own camera roll. It works,’ confirmed somebody else.

‘Great tip!’ said someone else.

One user shared: ‘We all just tried this on our own phones and found a bunch of dirt we have on ourselves. Time to delete some things.’

‘He only had mine we all good,’ said someone else.

‘Toxic but true,’ said another user.

After trying the hack on her own phone, Leah was happy to share her knowledge with other women who may be worried about their partners’ behaviour.

‘I used my own phone to test the hack’, Leah said.

‘I found bikini pics and my photos from underwear collaborations.

‘I’m still shocked at how clever the search tool is.

‘Lots of people went straight to their camera roll, then came back to the comments section to confirm that it works.’

Some people joked they ‘didn’t want to know’ what was on their partners’ phone, but others tried the tip

Previous article
New Planes, Trains and Automobiles has 75 minutes of deleted scenes
Next article
What happened to the cast of Christmas favourite Love Actually?