There can’t be many items of clothing that...
Women

There can’t be many women who celebrate their...
Women

By Harriet Johnston For Mailonline

Viewers of The Great Pottery Throwdown slammed  presenter Siobhán McSweeney as ‘awful’ – as they begged for former host Ellie Taylor to return.

The Derry Girls actress, 43, has presented the programme for a number of years but, after she broke her leg last year, was replaced by the comedian for a number of episodes in the fifth Channel 4 series.

Now  Siobhán has returned to the sixth series of the show – acting in skits and teasing contestants while they work on their clay by performing jump scares.

However many of those watching were left less than impressed by her antics in last night’s programme, with one writing: ‘Very cringey tonight. This presenter does my head in, so annoying.’ 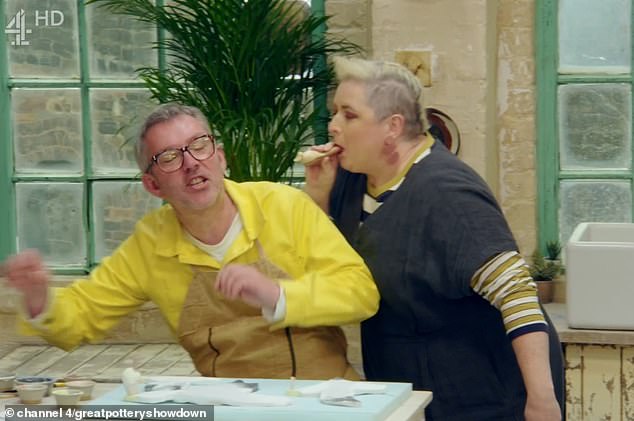 Last night’s programme opened with Siobhán dressed up as a chicken as she described the potter’s task of making three flying birds.

The pieces are icons of 20th century design and remain highly collectable.

Halfway through the task,  Siobhán performed a skit which saw her talking to a clay beard about how much time the potters had left for the task.

As the potters waited for their birds to be fired, they faced a second challenge – which saw them making an old fashioned hot water bottle.

However many of those watching were left less than impressed by the actress’ antics in the programme, with one calling her ‘annoying’

The contestants had just 30 minutes to complete their task, with many confessing they were finding the task difficult.

Siobhán chatted to a number of contestants, leaning across them as she chatted to the potters about their work.

Judging the hot water bottles, Keith and Rich said each of the sculptures had been ‘really well done.’

Coming in first place was James, who was praised for his ‘lovely straight sides’ and the shape of the knob on the hot water bottle. 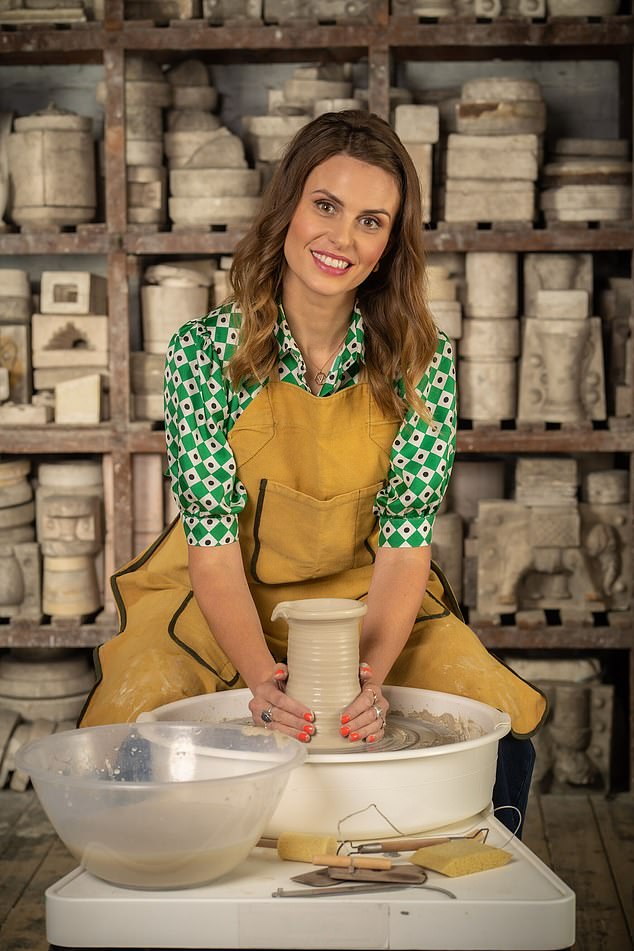 Next, the potters began painting their clay sculptures – however it wasn’t long before Siobhán was causing mischief in the work room.

She jumped up behind one of the contestants and blew a party horn into his face.

Ultimately, it was the end of the road for potter Christophe, who was in tears after he was unable to hang his birds properly on the wall for the judgement.

However despite the potters appearing to enjoy Siobhán’s teasing attitude, many viewers appeared unimpessed by her hosting skills.

One wrote: ‘Is this it’s a knockout? Why is the presenter constantly harassing and invade the personal space of the contestants?’ 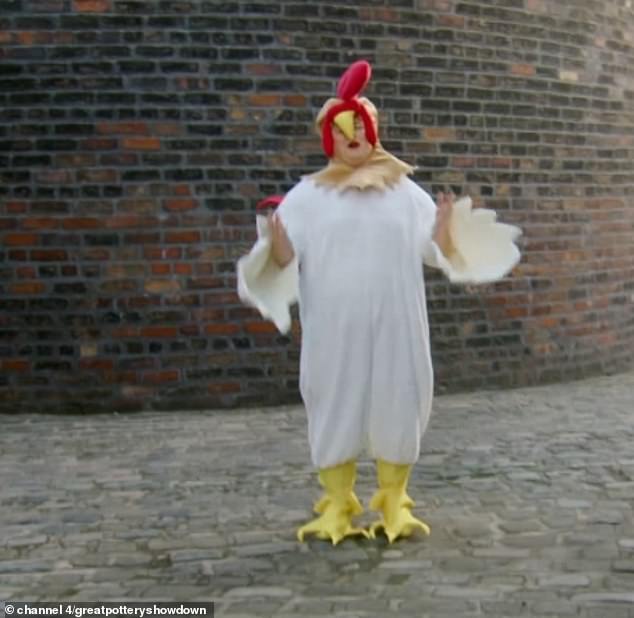 Another added: ‘Does anyone think the comedy bits are needed? They set my teeth on edge.’ 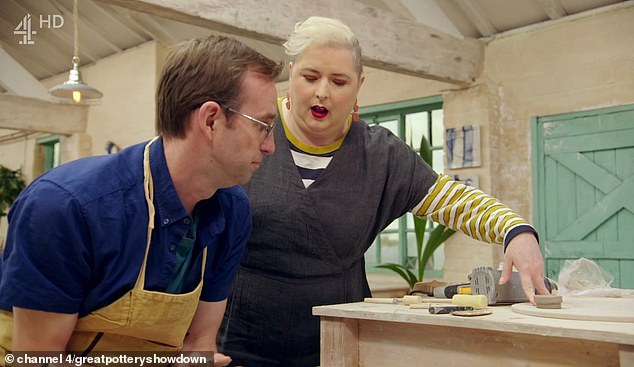 Speaking to the Graham Norton Show about her time on the show, she said: ‘It’s genuinely as delightful as it appears on camera, it’s the loveliest job I’ve ever done, everyone is sickeningly lovely.’

She continued: ‘I’m rubbish at names, but at the end of the first day, I easily learnt 12 potters’ names, because I spoke to them all.

I’ve learnt about where they came from, their families, why they’re doing the show, it’s such a lovely bunch of people.’