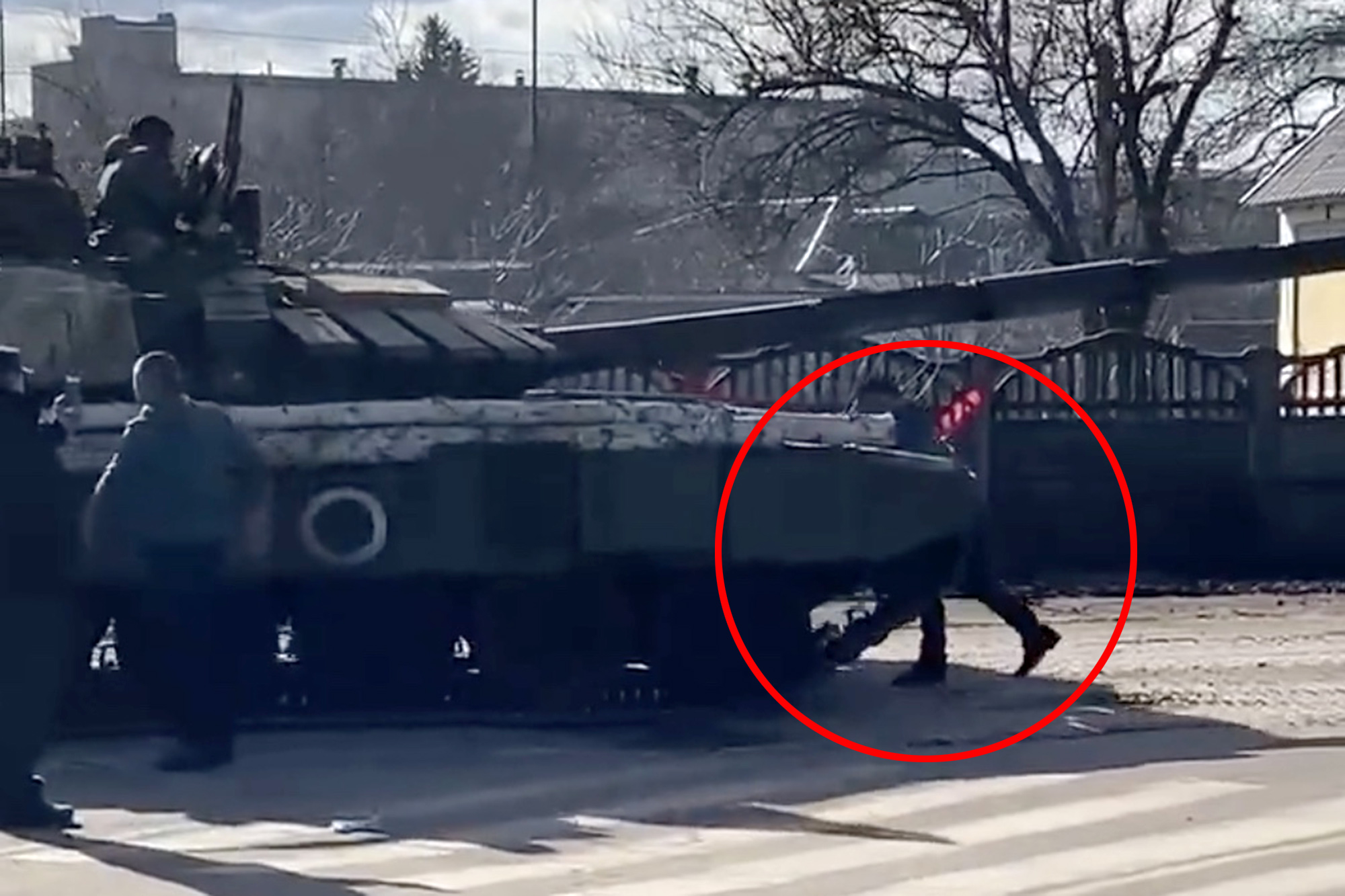 Everyday bravery is on display in Ukraine as powerful video harkening back to the 1989 Tiananmen Square protests shows Ukrainians trying to stop Russian tanks with only their bodies.

One man heroically steps in front of a massive tank and tries to push it back with only his hands. He is seen jumping onto its hood as the tank barrels forward.

He then forces the tank to stop, kneeling on the ground in front of it and daring the Russian invaders to run him over. A few seconds later, the tank charges forward, and the man appears to escape before he would’ve been run over.

The footage was posted online Saturday and appears to have been taken the same day.

The video was immediately compared online to famous 1989 student-led protests in Beijing’s Tiananmen Square, from which the most famous image shows a man standing in front of line of Chinese Community Party tanks.

The video from Ukraine is one of countless examples of civilians in Ukraine taking up arms or whatever tools they have to fight against the Russian invasion.

President Volodymyr Zelensky reaffirmed his commitment to fight against the Russian invasion Saturday, saying “we survived” the night after Russian troops tried to capture the capital city, Kyiv.