A business owner has unleashed on fast-fashion retailer Valleygirl for ‘stealing her design’ after finding a dress very similar to one of her own on the rack at the store.

Emily Davies claims the major retailer lifted a print design she came up with, applying it to a dress with ‘striking similarities’ and leaving her heartbroken.

The young woman, who is from Perth, took to TikTok to slam the brand and said she was heartbroken after finding the ‘cheap rip off’ on the rack. 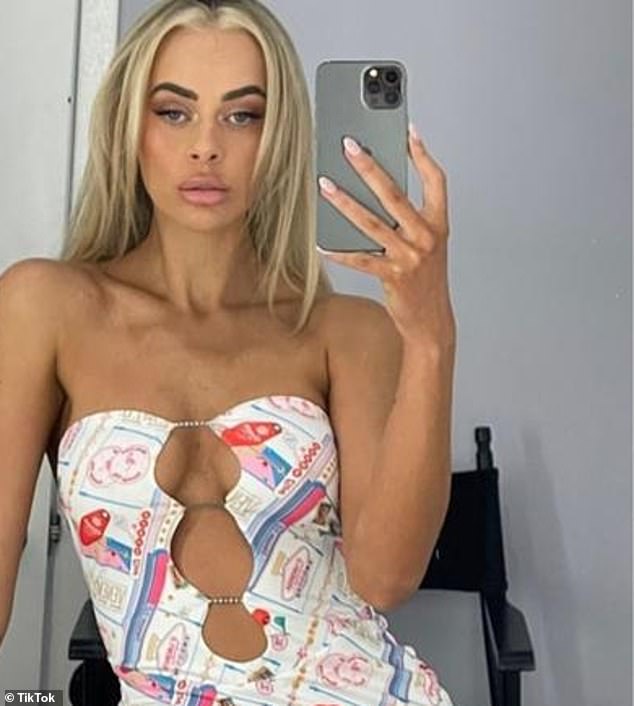 Stylist and fashion brand owner Emily Davies, pictured, claims Valleygirl ripped off the design of this dress – which is sold out on her site

‘Long story short, this is my dress, I designed this, I designed the print, it took us 12 months to develop because it was the first print we ever did,’ Emily said.

Before explaining the print incorporates her business name, Venem, which was also used in Valleygirl’s design.

‘My brand name is in your stores across Australia. You could have at least taken out my brand name, right? Your brand is Valleygirl, not Venem,’ she said.

Emily went looking for the dress after her legion of loyal fans wrote into her to let her know there was a look-a-like being made by the big brand.

She ended up trying on the dress and posted pictures of herself in both, noting the Valleygirl version was made from different, thinner material. 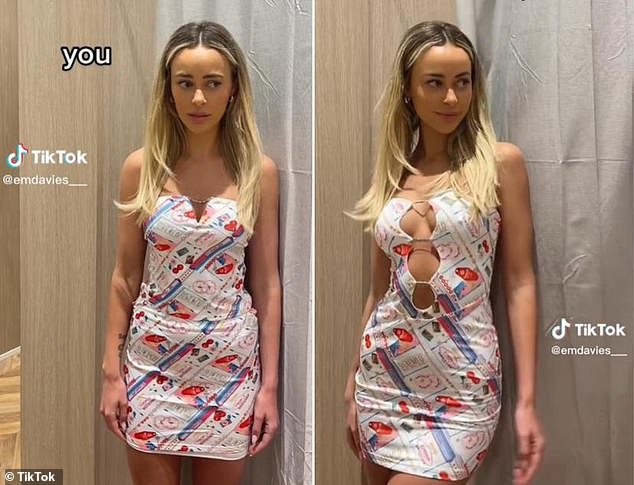 She said she understands people have to get their inspiration from somewhere, and in fashion that’s often from other brands.

‘A lot of fast fashion brands will get inspo and they’d replicate something but they won’t put the brand name that they copied it from. But this has got my brand name in it, that’s what gets me,’ she said.

Emily says she only ‘released a limited number’ of each dress, so that her customers feel like they have something unique. 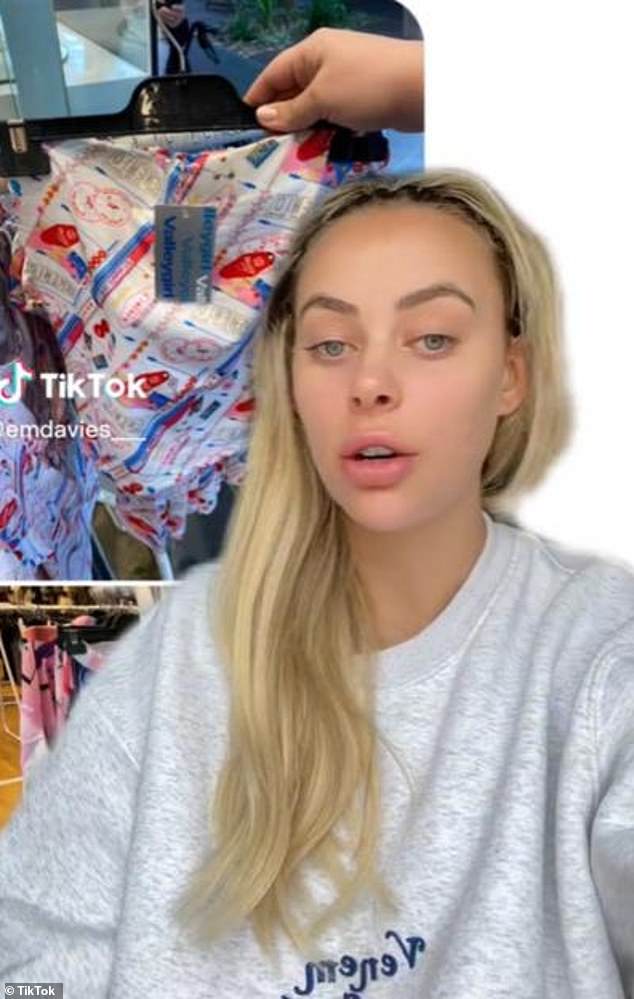 She complained she doesn’t have enough money to take Valleygirl to court over the issue, leaving her feeling powerless.

‘Anyway this is just the nature of the game, this is fashion, it’s just something that we have to deal with.’

Her fans offered support and advice on the young woman’s post.

‘I’m so sorry this has happened but yours look SO MUCH BETTER,’ one woman said.

‘Copyright is automatic in Australia once the design is made in physical form. You should absolutely contact Valleygirls legal team,’ added another.

‘Just think Valleygirl is trash quality and your clothes, Em, are absolutely amazing,’ said a third.

Emily has 24k followers on Tiktok, however her video went viral with more than 460k views.

Daily Mail Australia have reached out to Valleygirl and Emily Davies for comment.