TOWIE's Amber Turner and Chloe Sims led the glamour as filming got under way for the new series in Essex. The reality star, 28, turned heads in a c

Teen Mom Amber Portwood reveals she’s ‘not looking for approval’ after daughter Leah, 12, refuses to speak to her
Huge change to travel rules TODAY as green and amber lists scrapped – everything you need to know
Amber Heard subpoenas LAPD records over a 2016 incident with ex-husband Johnny Depp


TOWIE’s Amber Turner and Chloe Sims led the glamour as filming got under way for the new series in Essex.

The reality star, 28, turned heads in a cut out maxi dress as she arrived with boyfriend Dan Edgar, 31.

Here come the girls: TOWIE’s Amber Turner (left) and Chloe Sims (right) led the glamour as filming got under way for the new series in Essex

Amber, who recently welcomed Cockapoo Oliver with beau Dan, added a boost to her height with Valentino sandals and teamed the look with a frayed bag.

The TOWIE veteran was joined by her ab-flashing sister Frankie, 26, and Demi, 25, who took a walk on the wild side in a zebra print dress. 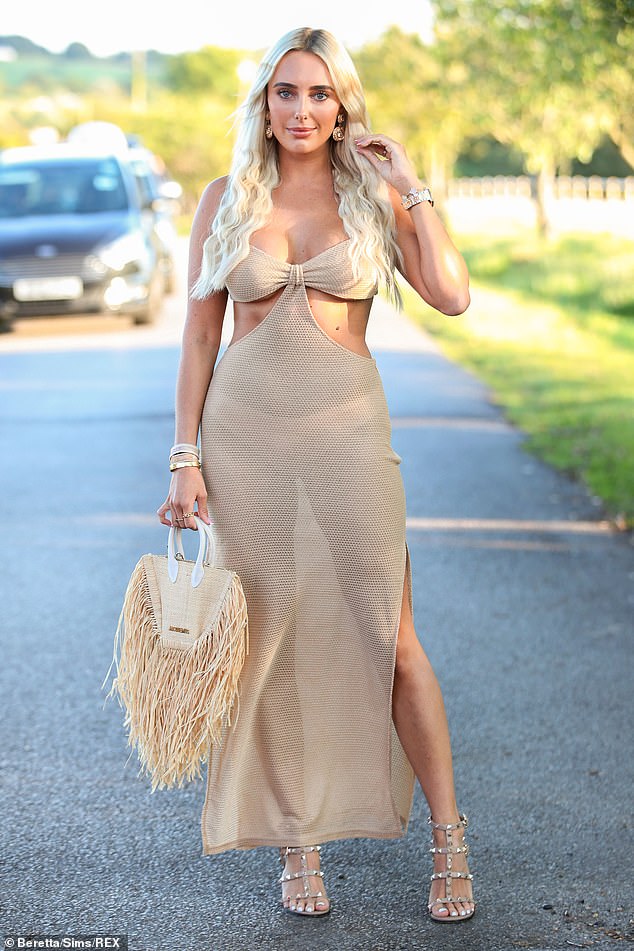 All eyes on her: The reality star, 28, turned heads in a cut out maxi dress and Valentino studded heels 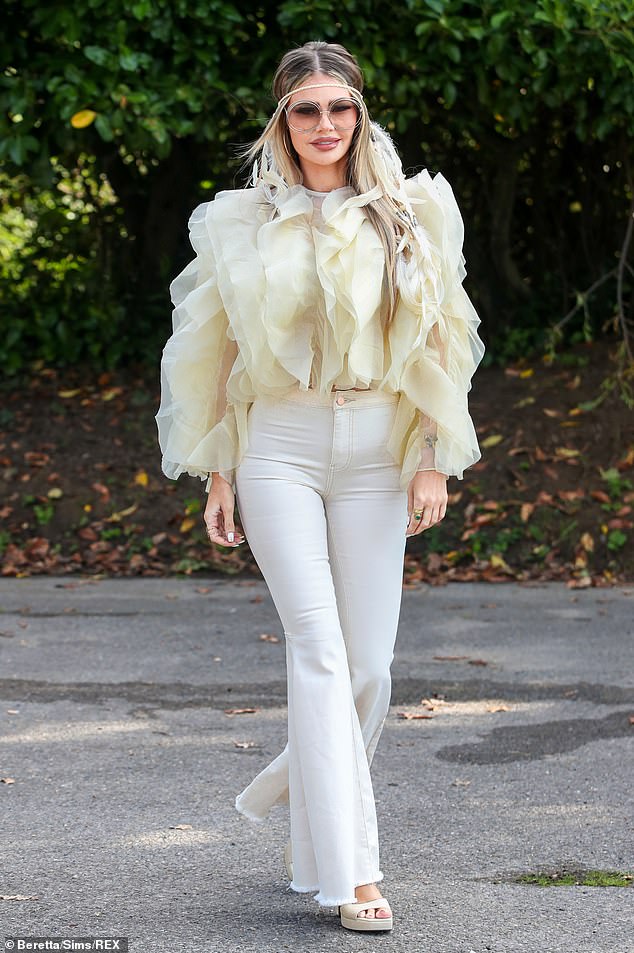 Sims sisters: The TOWIE veteran was joined by her ab-flashing sister Frankie (left), 26, and Demi (right), 25, who took a walk on the wild side in a zebra print dress

The cast, who have recently been slimmed down after 10 stars were axed, arrived at a garden party.

The new series most prominent storyline so far has been news of Chloe Brockett’s secret fling with James Lock.

The romance has caused ruptures in the friendship circle as some cast members are outraged the reality star, 20,  betrayed her ex best friend Yazmin Oukhellou to pursue a dalliance with James, 34. 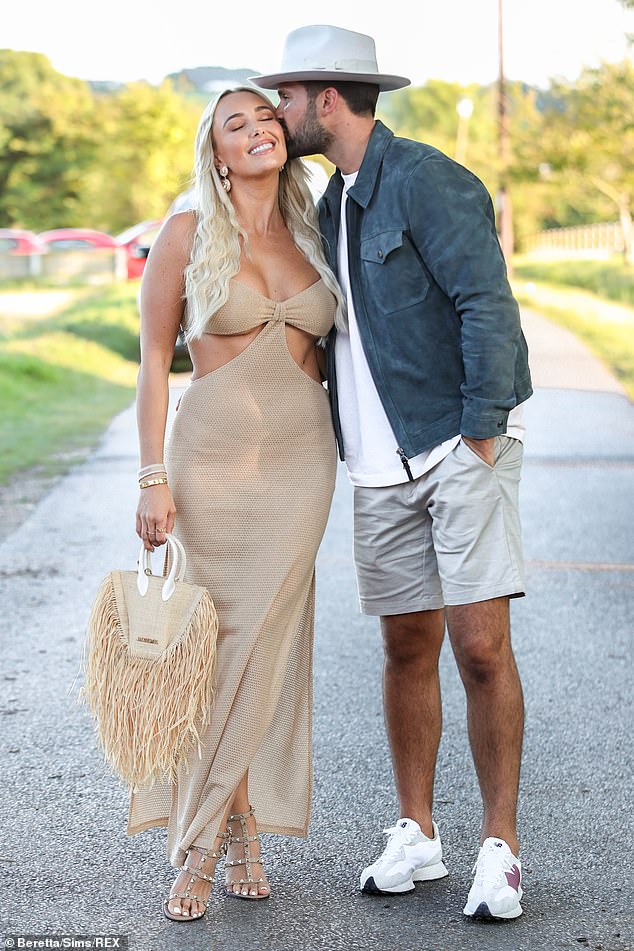 Loved-up: Amber arrived with boyfriend Dan Edgar, 31, who planted a kiss on her cheek 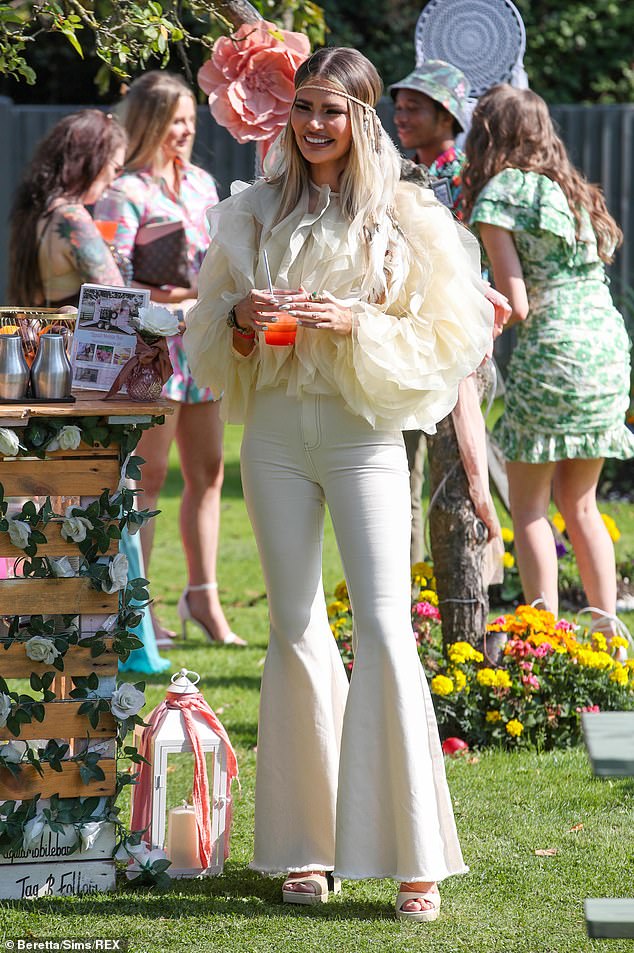 Cheers: The cast, who have recently been slimmed down after 10 stars were axed, arrived at a garden party 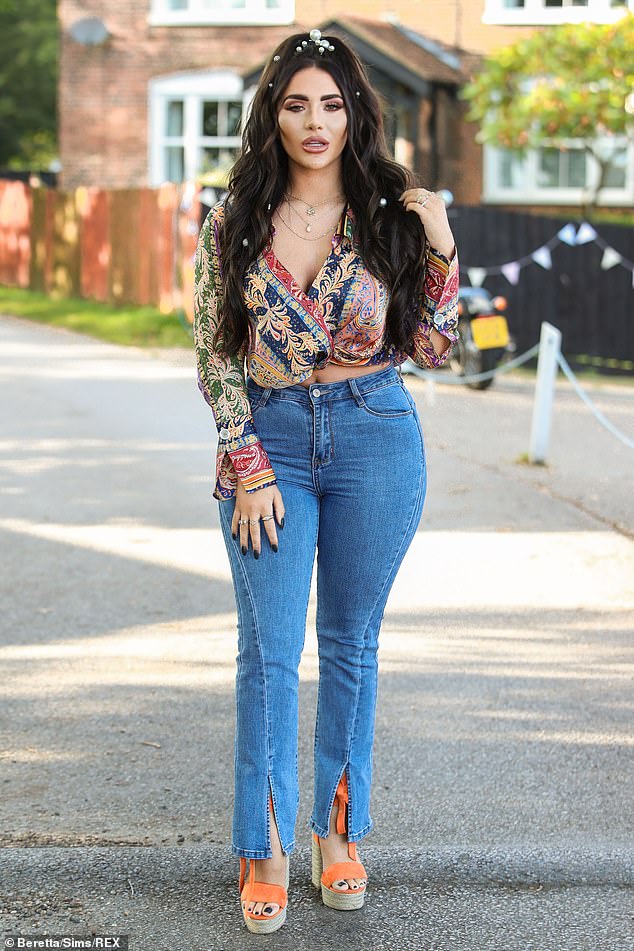 Strike a pose: Chloe Brockett showed off her curves in a wrap over shirt and tight-fitting jeans teamed with orange wedges

Chloe showed off her curves in a wrap over shirt and tight-fitting jeans teamed with orange wedges.

Pete Wicks arrived to the bash on his motorbike. 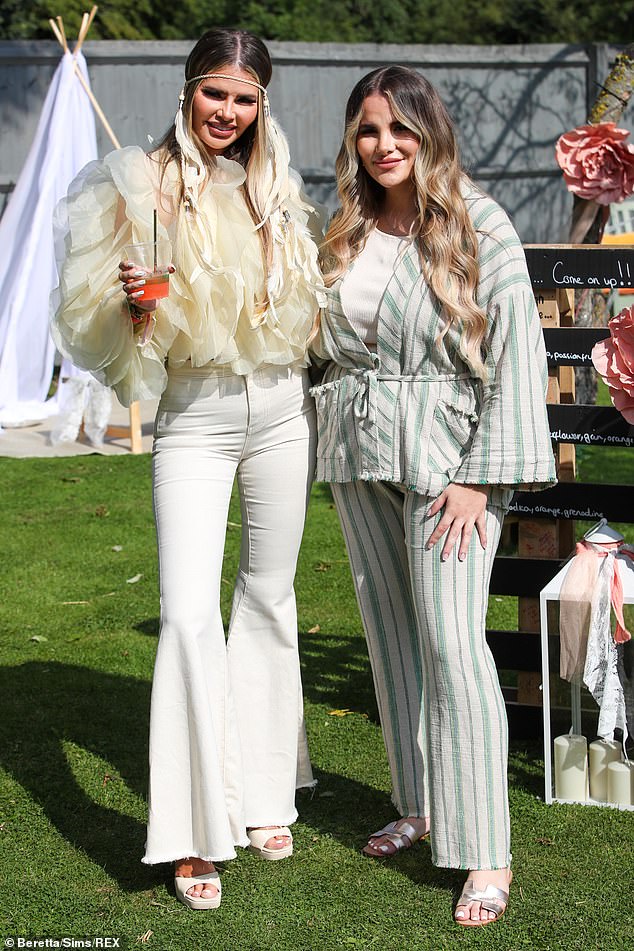 On Sunday’s show,  Chloe B came face-to-face with James at a swanky bar  where she confronted him over rumours of having regrets about their recent hook-up.

She said: ‘I’ve had people going to me, “I’ve heard James regrets it,” and I’m like, “What is there really to regret, we just slept together.”

‘I’ve not said anything bad about you in any way, I’ve just said, “You know what, it happened, we still get along really well and that’s it.”‘ 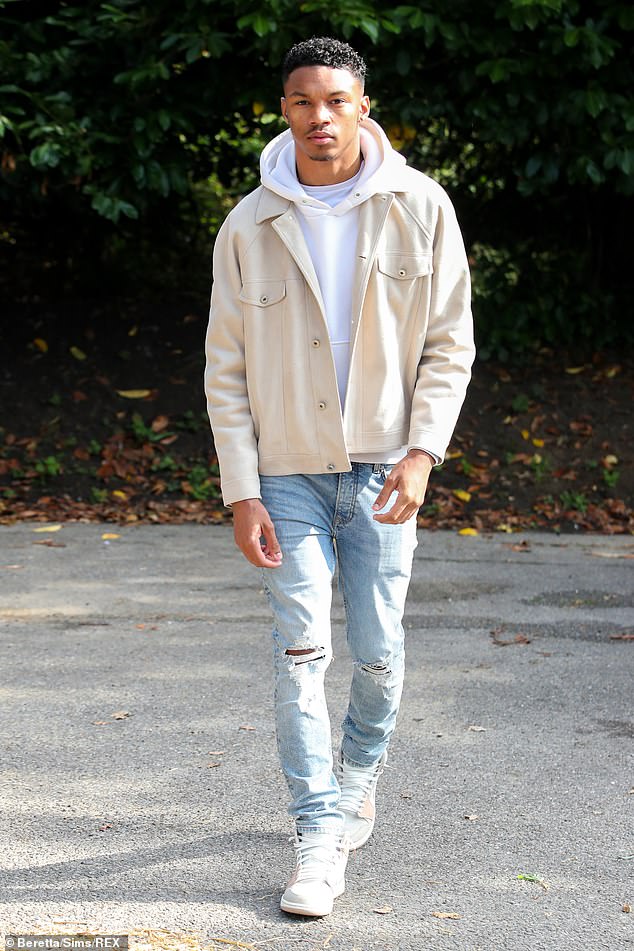 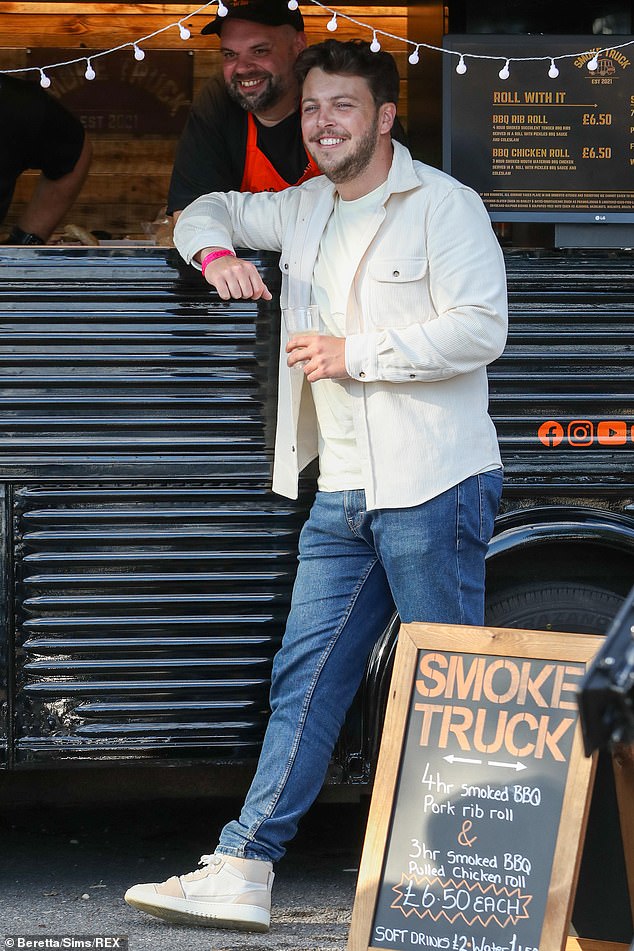 Hungry: Diags ordered a roll at the truck during the bash 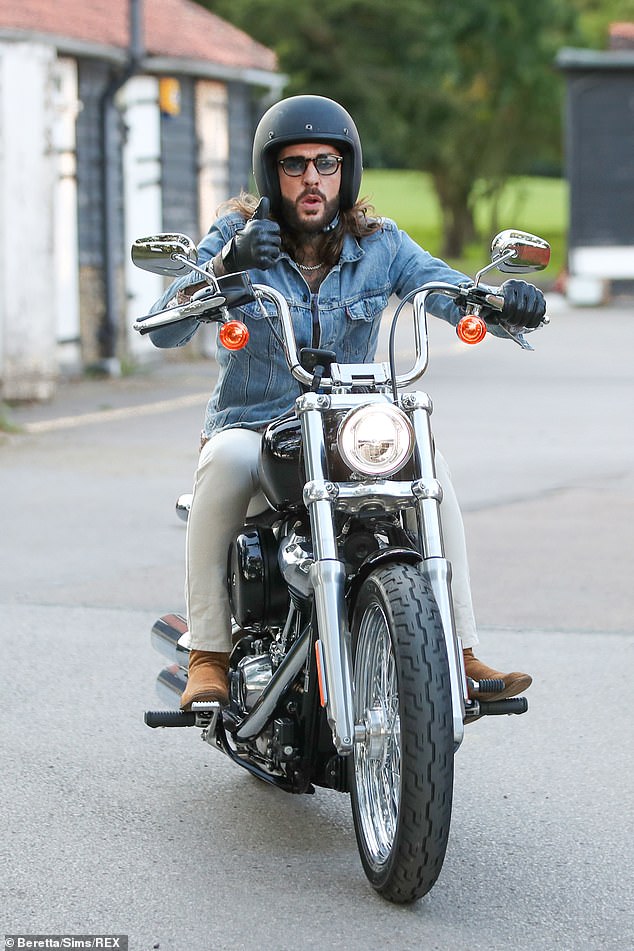 Arriving in style: Pete Wicks arrived on his motorbike

‘I’ll tell you what, the one thing that’s been said was about the phone calls.’

Chloe vented, ‘I don’t understand why Pete [Wicks] said that, I’ll hold my hands up, there was one time when I called you quite a lot cos I was drunk.’ 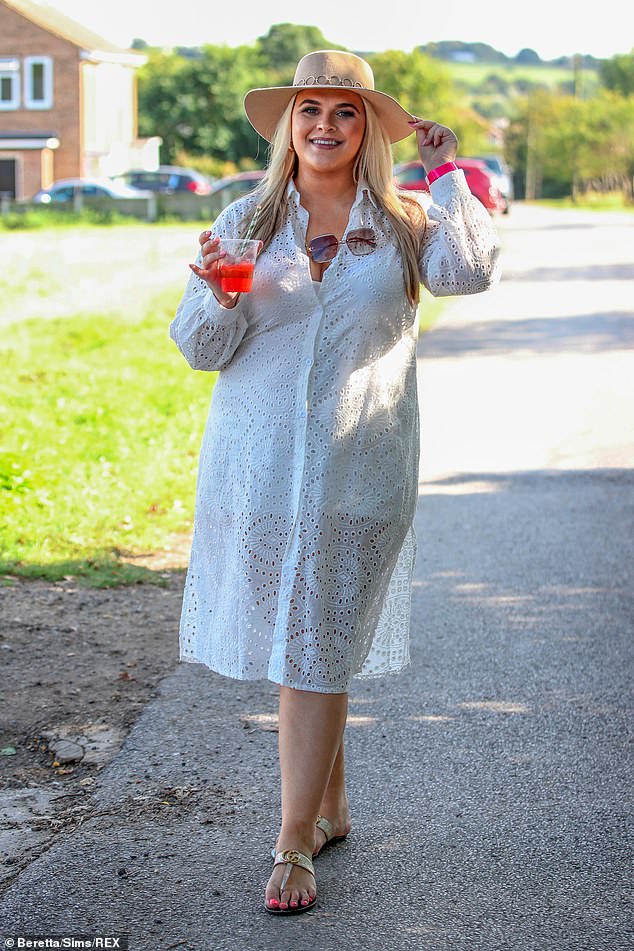 A source told MailOnline earlier in the year: ‘James and Chloe’s romance has really shocked a lot of people.

‘No one expected them to grow close, especially given Chloe’s friendship with Yazmin. Her relationship with James has been over for months now but she still feels betrayed and let down by the way Chloe’s acted.’

Elsewhere in the bombshell episode, Yazmin sent her pals into a flurry of excitement as she made an unexpected entrance at a swish nightclub after quitting the show to live in Dubai earlier in the year.

‘Hello,’ she teases as Amy Childs wails, ‘Oh my god!’ while Chloe Sims screams from the top of her lungs.

A sheepish James looed over tentatively at his ex, surrounding by his pals Diags and Pete, before saying, ‘Look who’s here. Back.’

TOWIE continues on Sunday on ITVBe at 9pm. 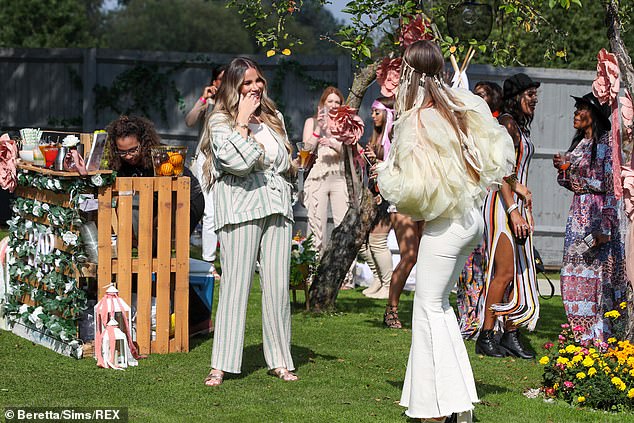 Letting their hair down: Chloe and Georgia had a laugh at the party