A furious 82-year-old pensioner has been forced to...
Women

Households will see a discount of £66 applied...
News

Tom Parker-Bowles was spotted for the first time since Prince Harry threw accusations at his mother, Queen Consort Camilla, in his explosive memoir Spare.

The author, 48, was seen at the Groucho Club in London tonight, where he was celebrating the 50-year-long career of fellow restaurant critic Fay Maschler.

Tom looked relaxed during the event, dressed in a blue jacket and trousers and bright red t-shirt.

The Duke of Sussex, 38, was highly critical of Queen Consort Camilla, 75, in his tell-all book Spare, where he accused her of briefing the press against him and his wife Meghan Markle, 41. 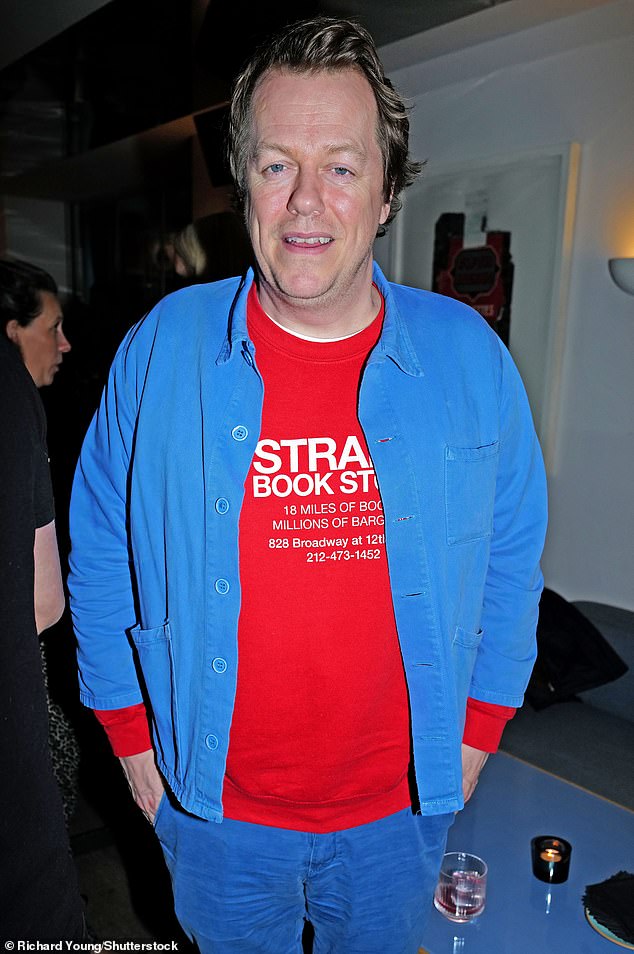 Tom Parker-Bowles, 48, was spotted at an event at the Groucho Club in London for the first time since Prince Harry gave the Queen Consort a trashing in his explosive memoirs

Tom, 48, was seen grinning at the camera, posing with the woman of the hour, Fay, who has enjoyed a much celebrated career and is a contributor for Tatler magazine.

Camilla’s first son from her first marriage to Andrew Parker-Bowles has not commented on the claims Prince Harry unleashed against his mother in Spare.

In the book, which hit shelves earlier this month, the Duke of Sussex claimed the Queen Consort dismissed his wife Meghan when she went to her for advice with her public image – reminding the Duchess of Sussex that she had been the ‘bad guy once’.

Elsewhere in the memoir, the father-of-two described how he told his wife not to curtsy to Camilla during their first meeting before accusing Camilla of trying to ‘eavesdrop’ on a conversation between the Duchess of Sussex and his father. 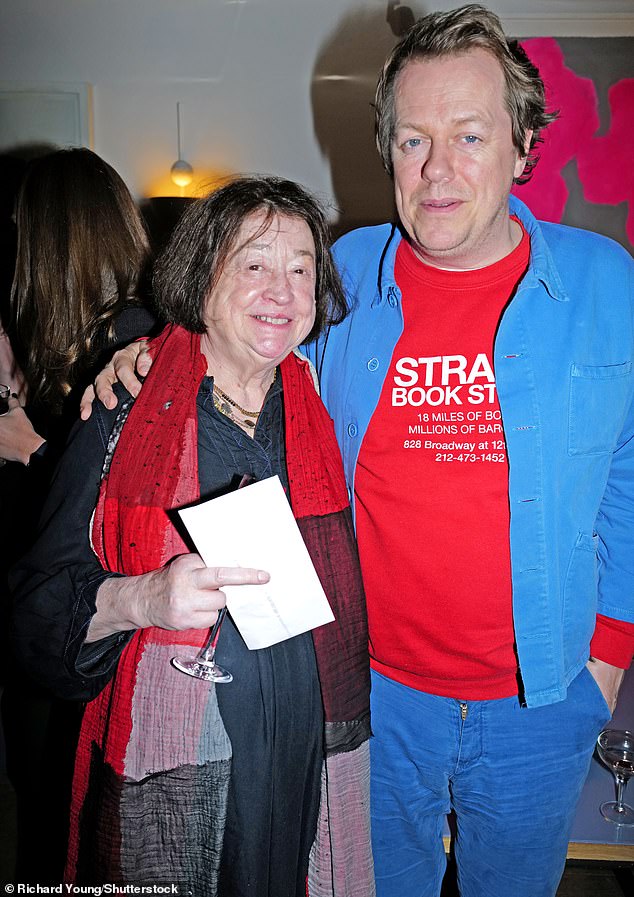 The author was seen at the Groucho Club in London tonight, where he was celebrating the 50-year-long career of Fay Maschler as a food writer

Meanwhile, Harry also claimed his stepmother encouraged him to take on the role of Governor General of Bermuda – which would involve him and his wife moving thousands of miles away.

Prince Harry described introducing his girlfriend Meghan Markle to his father and stepmother in late 2016 – shortly after her awkward meeting with Prince William.

Before going into Clarence House in London, Prince Harry said in the book that the couple had ‘rehearsed’ how Meghan should greet Charles and Camilla.

Earlier on in the book, the Duke recounted how the Duchess of York taught the Suits actress to curtsy for his grandmother Queen Elizabeth at Windsor Lodge. 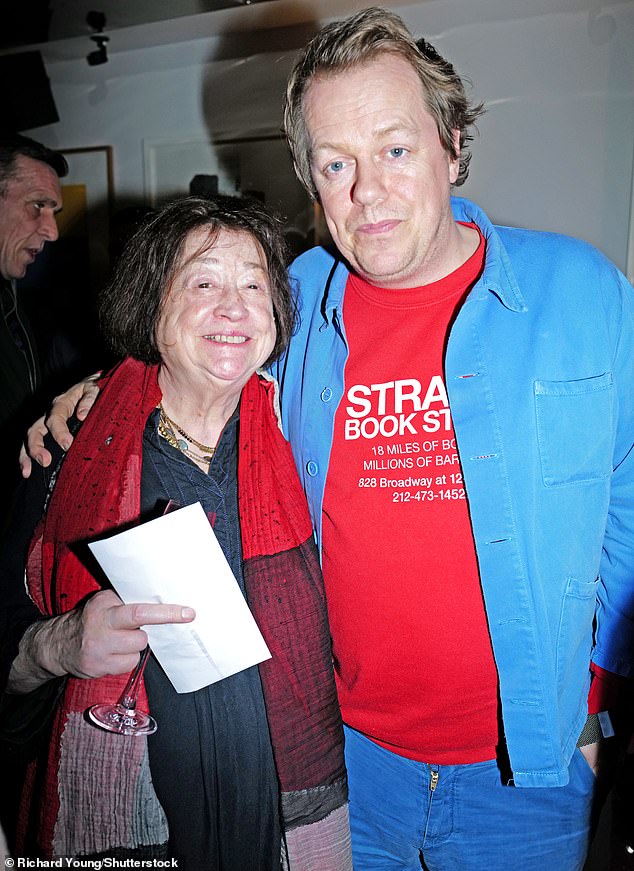 Tom looked relaxed during the literary event and did not comment on the allegations the Duke of Sussex raised against his mother the Queen Consort, 75, in his memoirs Spare

He instructed her to curtsy for Charles, address him as ‘Your Royal Highness’ and give him a kiss on each cheek if he leaned in – but if he didn’t, she should stick to a handshake instead.

However, Harry told Meghan to take a different approach with Camilla and said a curtsy was ‘not necessary’. Instead, he urged her to give his stepmother either a kiss on the cheek or another handshake.

Although Meghan queried his instruction about the lack of curtsy for Camilla, Prince Harry doubled down and insisted it ‘was not appropriate’.

The Duke of Sussex also launched a blistering attack on the King’s wife during an interview with CBS News 60 Minutes’ Anderson Cooper to promote Spare in early January.

Referring back to a 1995 interview in which his mother, Princess Diana, famously referred to Camilla as the ‘third person in her marriage’, Harry says that this admission turned the now-Queen Consort into a ‘villain’, adding: ‘She needed to rehabilitate her image.’

According to Harry – who also revealed in his book that he and William ‘begged’ their father not to marry Camilla – this desire to transform her public image made her ‘dangerous’.

He accused his stepmother of ‘trading information’ with the press in an attempt to get more positive stories written about herself, before sensationally suggesting that her ‘connections’ with the media would end up with ‘people or bodies left in the street’.

‘[Her need to rehabilitate her image] made her dangerous because of the connections that she that she was forging within the British press,’ he told Cooper.

‘And there was open willingness on both sides to trade of information. And with a family built on hierarchy, and with her, on the way to being Queen Consort, there was gonna be people or bodies left in the street because of that.’

Princess Diana’s interview with the BBC’s Martin Bashir in 1995 marked the first time that she had publicly addressed claims that Charles and Camilla had an affair during her marriage to the then-Prince of Wales.

At the time, she sensationally told Bashir: ‘There were three of us in this marriage, so it was a bit crowded.’

Previous article
The moments that made me hate my husband: LINDA McDOUGALL, widow of MP Austin Mitchell, recalls
Next article
Rhode Island girl urges police to run DNA test on leftover Oreo cookie to see if Santa is real

A furious 82-year-old pensioner has been forced to...

A furious 82-year-old pensioner has been forced to...