The street where I grew up: Ian Rankin

Some of Harry and Meghan's globetrotting adventures have...
News

The street where I grew up: Ian Rankin, 62, award-winning Inspector Rebus author, shares memories of Craigmead Terrace in Cardenden, Fife

By York Membery For Weekend Magazine

Shortly after I was born my family moved from a pre-fab to a rented two-storey terraced house. That was my only home up until I went to university aged 18.

Bowhill was one of four villages which at some point became known as Cardenden. But we locals knew where the invisible boundaries stood and there’d be brawls between the village gangs, but I managed to dodge those.

It was a largely coal-mining village and the klaxon would sound to announce each shift changeover. But the mines became uneconomic in the late 1960s and that was that.

Everyone knew everyone, I had relatives two doors away and over the back fence. It was a safe place with parents happy not knowing where their offspring were for hours on end. 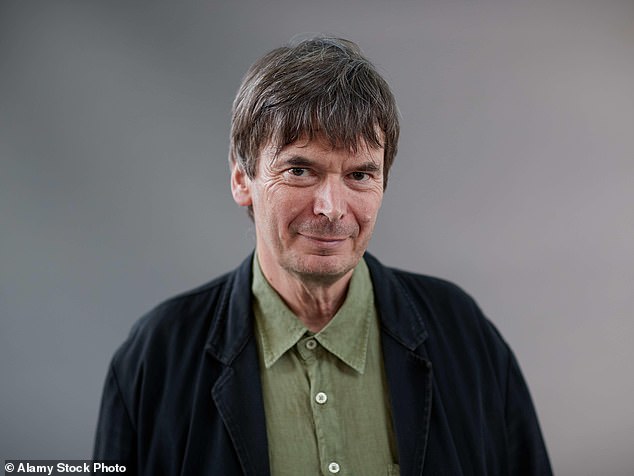 My family didn’t have a car so we were dependent on public transport.

Our house was mid-terrace and had a living room and kitchen with three bedrooms and a bathroom upstairs. It was freezing in winter, all the more so once we ditched coal and got a feeble electric fire.

My first bedroom was the size of a walk- in cupboard and I remember layers of blankets and eiderdowns on the bed.

My dad James worked in a local greengrocer’s and boxes of biscuits would sometimes appear in our house. My mum Isobel worked in a canteen, and I remember the two pay packets being opened at the kitchen table on a Friday night.

I never had a job as a kid, but I got pocket money and mostly I bought comics like Dandy, Victor and Commando. 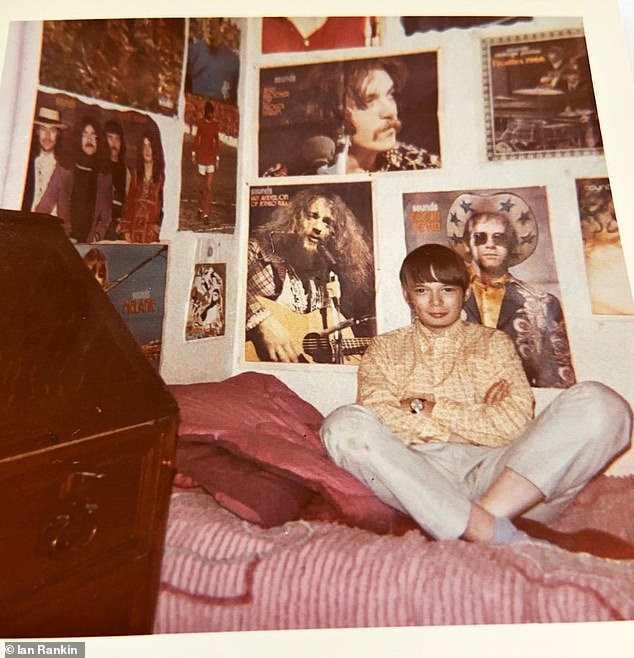 Ian aged 12, in his bedroom at home in Fife. He said he recently visited his old home a few years back for a TV documentary and it was ‘much the same’ but also ‘utterly different’

My parents were fairly old when I came along (it was a second marriage for both of them). I had two older sisters, but by the time I was 12 both were married.

We were a close family, but I always liked to retreat to my bedroom. That was my universe, filled with comics and toy cars and scraps of paper on which I’d draw and write.

Eventually, there was a Dansette record player too, and I’d save up to buy a 45rpm single every few weeks.

I remember momentous arrivals at the house rented from the Co-op – our first twin-tub washing machine, our first colour TV and our first fridge, prior to which we’d used a bucket of water to try to stop milk going off.

My bedroom was full of comics, toy cars, scraps of paper… it was my universe

I went to the local primary and secondary schools and was told aged 14 that my marks were good enough for me to go to the ‘big school’ in Cowdenbeath, a bus-ride away.

I made new friends at Beath Senior High, and am still in contact with many of them.

I mostly kept out of trouble at school; when I did get the belt it was usually for talking. I’d no idea what I wanted to be when I left, maybe a pop star, and I was writing lyrics and designing album covers from the age of 12.

I visited my old home a few years back for a TV documentary. It was much the same, and at the same time utterly different.

The same goes for Bowhill itself. Buildings have been replaced and the housing stock is much improved but I can still relate to the people. They’ll always be my tribe.

Cardenden made me resilient and stubborn – the Scots word is ‘thrawn’. I wanted to prove I was as good as anyone, whatever advantages they’d had over me when growing up.

The new Rebus thriller, A Heart Full Of Head Stones, is out now published by Orion (ianrankin.net)

Previous article
Bel Mooney: How can I forget my father's sickening sexual abuse?
Next article
From mince pies with a twist to an indulgent chocolate log, why not get ahead for the season