Thousands shocked after child’s discovery on Toblerone bars: ‘I have never seen this in 50 years’

A 10-year-old boy has shocked thousands after he noticed a hidden symbol on the packaging of Toblerone chocolate bars that the majority of people have never seen before.

His mum revealed that the boy spotted a ‘secret bear’ inside the image of the Swiss mountains to the left of the word Toblerone.

‘My son had his first Toblerone today. “What’s the bear for?” Me: “what bear?” the woman, called Stephanie, posted online. 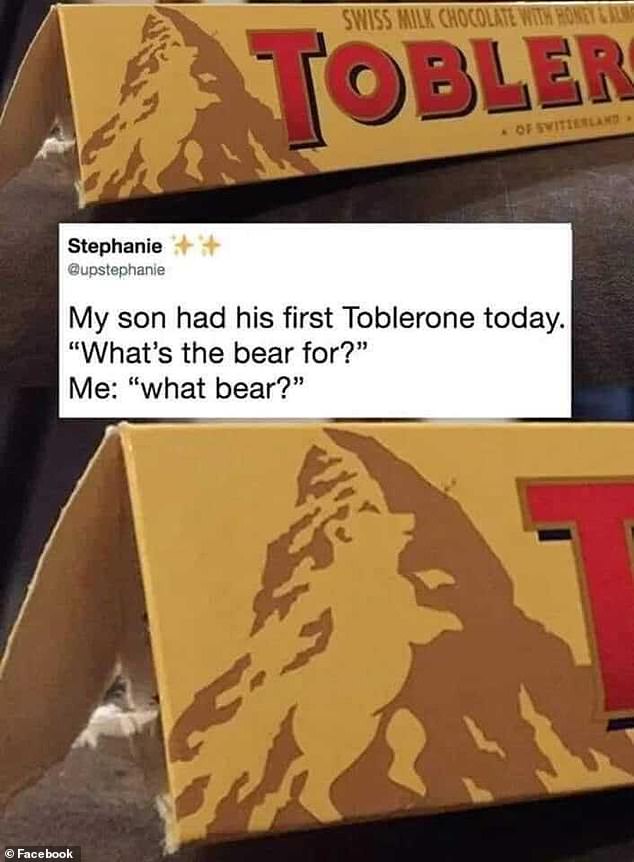 ‘I was today years old when I found out there’s a bear in the Toblerone logo,’ she laughed.

The original post was shared on Facebook on Sunday, and it wasn’t long before thousands of people said they too had never noticed the bear.

’71 years old, 50 Christmas’ of Toblerone and after a search of the package, I finally found the Bear! Your son is brilliant! one man said.

Did you know about the hidden bear on the Toblerone packaging?

‘I will never un-see this but never noticed it before,’ a woman wrote.

‘Wow hidden in full view for 60+ years to me,’ another said.

Many said they thought it was just the Swiss mountains.

But several commenters revealed that the bear represents the Bern bear because the chocolate is made in Bern, Switzerland.

‘Toblerone comes from Bern, Switzerland. Also known as the city of bears,’ a helpful commenter explained.

Another person explained that the chocolate was made in Bern in the 1990s and the city’s coat of arms featured a bear. 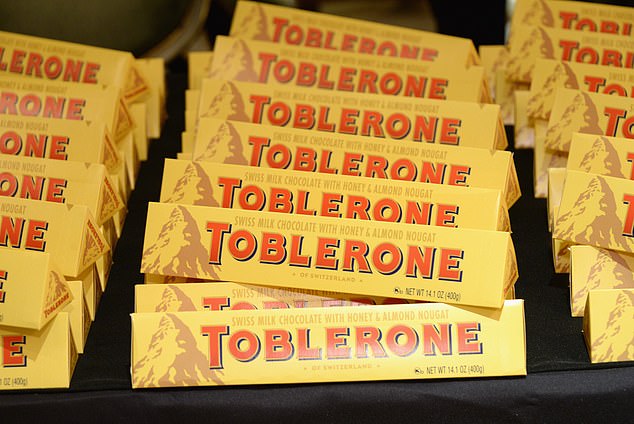 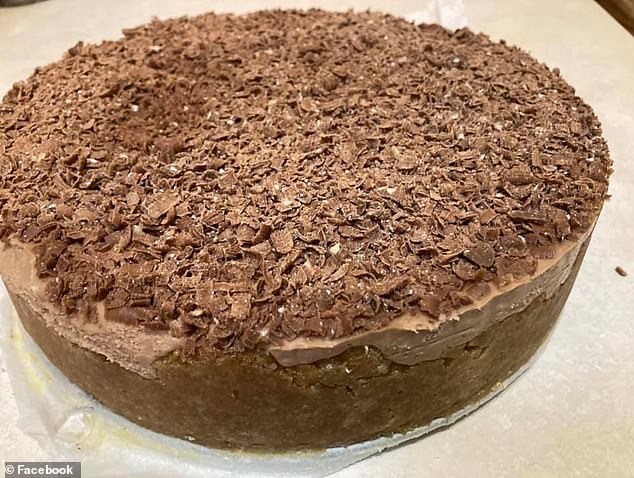 Previously, an Australian mum has proudly shared her eight-year-old daughter’s Toblerone cheesecake recipe and says it earned a 10/10 in her house.

The mum shared the picture of the delicious-looking chocolate cheesecake online to mark the youngster’s achievement.

‘She has been showing a lot of interest in cooking so here is our recipe,’ the mum said, sharing it online.

The recipe calls for cookies, almonds, caster sugar and 540grams of Toblerone chocolate.

1.5 packs of Toblerone 360 gram ones -400 grams for cake and rest for decorations

Crush the butternut biscuits and almonds in food processor until smooth then add melted butter mix until all mixed.

Line the 32 cm cake tin with baking paper and margarine.

Press the biscuit mix on bottom of the tin, then up the sides. Put it in freezer to set for 20 minutes.

Then put the cream cheese and sugar in the food processor and mix well, add cream and mix until it is smooth.

Combine 1/4 cup of cold water with the gelatin mix it so it doesn’t lump then add the little hot water, mix until dissolved – then add to the cheese mix.

Melt the Toblerone in microwave slowly, for 55 seconds, repeat if needed.

Mix with a spatula, make sure it’s not too hot then add the cheese mix until the chocolate is covered. Then pour the chocolate mix on biscuit base and grate more Toblerone on top.

Cover with plastic wrap and let it set for 12 hours in the fridge.

Previous article
Sophie Kim reveals the things she finds unusual about Australia, including 'cute' terminology
Next article
This affordable SwearBySkin LED face mask that helps acne is 20% off this Black Friday