‘I am not entering a discussion with a non-connoisseur’: Restauranteur blasts Tripadvisor reviewer who criticised his ‘watery’ food and said the WC looked like a ‘public toilet’

By Maria Chiorando For Mailonline

The owner of a Worcestershire restaurant has blasted a diner who left an underwhelming review on TripAdvisor criticising the food and the wallpaper in the toilets.

According to the reviewer ‘BLONDIE4214’, they didn’t enjoy their meal at Waz’s Bistrot in Bromsgrove, despite the eatery having an average five-star review and being ranked as number one out of 68 restaurants in Bromsgrove.

Her three-star review prompted owner Mohamed Wassim Draoui to hit back, telling the reviewer he would not enter into a discussion with a ‘non-connoisseur’.

The write-up said: ‘Visited here last night on the recommendation of a friend. To be honest, I wasn’t keen.

‘I have read all the five star reviews, but I found the food disappointing. The tagine was very watery and full of dried apricots and sticks of what I think was rosemary. 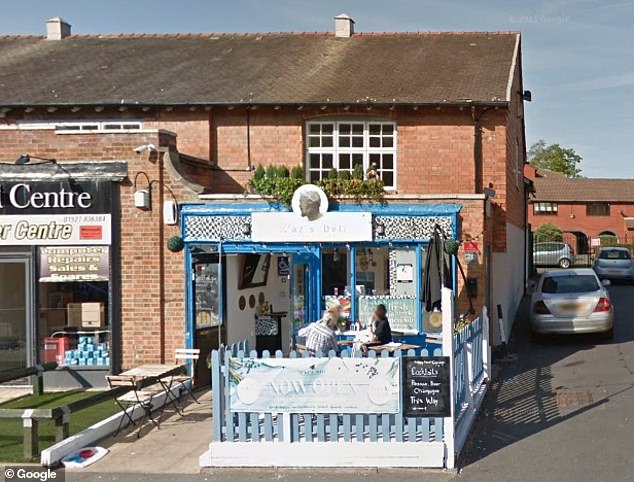 Waz’s Bistro (pictured) is ranked as number one out of 68 restaurants in Bromsgrove, with an average rating of five stars 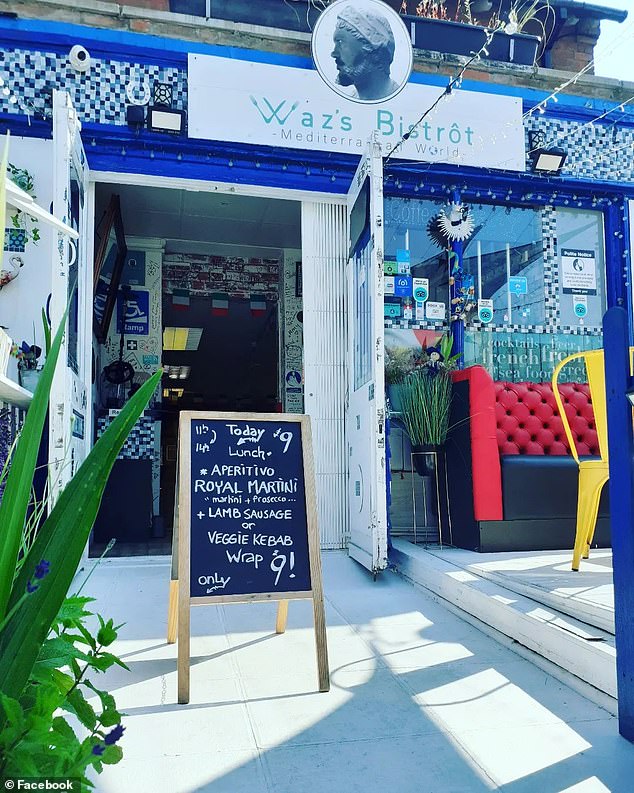 The eatery has been praised by many for its food, earning its high ranking – but one diner was less than enthused

Despite its impressive rating, one diner said the food was ‘watery’ and the bathrooms reminded her of a ‘public toilet’

‘Didn’t really like the graffiti on the walls, reminded me of a public toilet!!!!’

‘Your choice of comparison regarding our wall paper said it all about your level.

‘We can’t please evry one, not entering a discussion with a non connaisseur about a traditional tagine made by a North African chef, Merci beaucoup for your feedback.’

The restaurant, which has a Tripadvisor rating of five, has received a total of 434 reviews, including 413 five-star write-ups.

Among the positive reviews is one which says: ‘First time at Waz’s on Thursday – what a fantastic experience. We were recommended it at the beginning of the year and finally got round to visiting – and we’re so glad we did. The welcome we had was so warm and friendly and the food was amazing. To round off the meal we had a delicious cocktail – best Espresso Martini I have ever had (and I’ve had quite a few). Thanks Waz – we will definitely be back.’

Despite the underwhelming review, the bistro has been the recipient of numerous positive write-ups

Another diner wrote: ‘Cuisine is presented to Michelin Star standards. Flavours explode on you’re pallet. Personal service by owner who is head chef.

‘Prices reflect the standard of food, for myself on a finer detail would be to have fabric napkins and tablecloths to enhance the quality the high standard of delicious food.’

And a third said: ‘Visited at the weekend and have never been somewhere with such attention to detail. Tasted several wines before deciding with help from the restaurant owner. Delicious salamis as an appetiser, couldn’t decide if I wanted mussels so they bought a sample which was exquisite.

‘Ended up having a steak which was a work of art and so perfectly cooked could cut with a fork. My partner had spaghetti with seafood which of course I attacked, again divine. The cheese selection was amazing and the Waz’s surprise dessert caused a battle of the forks never mind the divine champagne sorbet.

‘The staff were amazing, the service second to none, wish I’d known about this place earlier. Will definitely be back. Good luck deciding what to have the menu is amazing.’