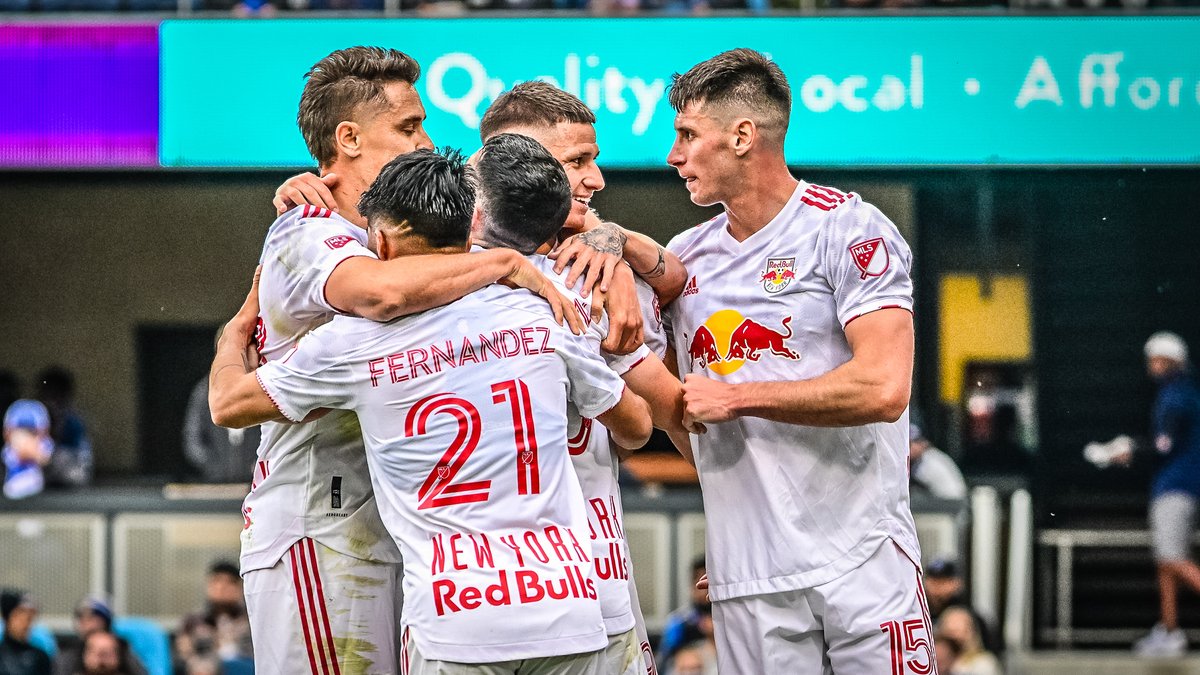 Patryk Klimala, Omir Fernandez and Tom Barlow each scored goals as the Red Bulls put away a 3-1 victory Saturday in a cross-country season-opening matchup against the Earthquakes at PayPal Park in San Jose, Calif.

Red Bulls goaltender Carlos Coronel, who was tied for the MLS lead with 13 shutouts last season, had one save in the victory.

Javier “Chofis” Lopez scored a goal for San Jose, while goaltender JT Marcinkowski had four saves. The Earthquakes were held in check on offense in their first game since the retirement, at the end of last season, of MLS’s all-time leading goal scorer, Chris Wondolowski.

Klimala gave the Red Bulls a 1-0 lead in the first-half stoppage time. He made poor contact on a point-blank shot off a centering pass from Lewis Morgan, but had enough on the try to get it past Marcinkowski.

The Earthquakes got even in the 69th minute off a set play. Cristian Espinoza whipped a free kick on goal from the left corner with Lopez getting a slight deflection with his head to put the ball in the far corner of the net past Coronel.

As the game began to open up, the Red Bulls wasted little time to regain the lead. Fernandez moved into the penalty area and fired a left-footed shot that made its way through the legs of Marcinkowski in the 72nd minute. Barlow’s goal, in the second minute of second-half stoppage time, came after he entered in the 77th minute.

After his status was in question heading into the opener because of a right knee injury, San Jose defender Nathan Cardoso started, but had to depart in the 22nd minute because of a left knee injury. Nathan was replaced by Tanner Beason, who was beaten by Fernandez on the Red Bulls’ go-ahead goal.

The Red Bulls have now won four consecutive games against the Earthquakes by a combined score of 15-4, as the teams played for the first time since 2019.