White House press secretary Jen Psaki said Thursday that Dr. Anthony Fauci’s job is safe – despite Republican Sen. Rand Paul pointing to a new report from The Intercept that he says proves Fauci is a liar.

Psaki said the National Institutes of Health had ‘refuted that reporting’ adding that the ‘NIH has never approved any research that would make a coronavirus more dangerous to humans.’

‘A reminder that there are previous and different coronaviruses than the existing one we’re battling,’ she continued. ‘And the body of science produced by this research demonstrates that the bat coronavirus sequences published from that work that NIH supported were not COVID – the strain, the COVID-2 strain – so what he said was correct.’

When asked, again, if Fauci’s job was safe, the press secretary answered, ‘Correct.’

On Monday night, The Intercept revealed it had received 900 pages of documents detailing the work of EcoHealth Alliance, the U.S.-based company that received NIH grants to conduct bat coronavirus research in Wuhan, China – where COVID-19 likely originated. 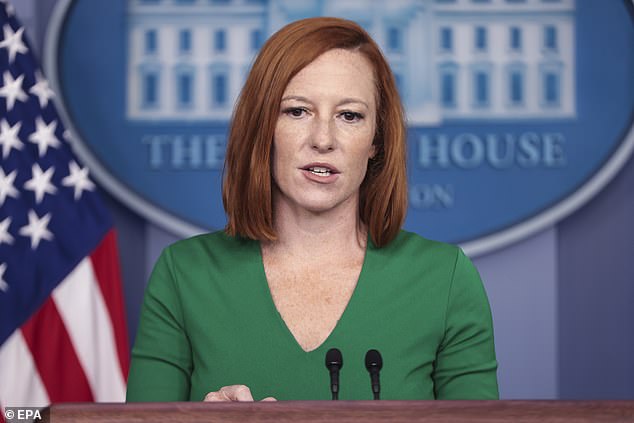 The documents were obtained via a Freedom of Information Act request.

In its first report on the documents, The Intercept highlighted two previously unreported EcoHealth Alliance grant requests that were funded by the NIH.

One of the grants included $599,000 to go to the Wuhan Institute of Virology to ‘identify and alter bat coronaviruses likely to infect humans,’ The Intercept said.

Richard Ebright, a molecular biologist at Rutgers University, told The Intercept that the documents suggest researchers were creating novel coronaviruses in Wuhan.

‘The viruses they constructed were tested for their ability to infect mice that were engineered to display human type receptors on their cell,’ Ebright told The Intercept after reviewing the documents.

He said the documents showed that two different types of novel coronaviruses were able to infect humanized mice. 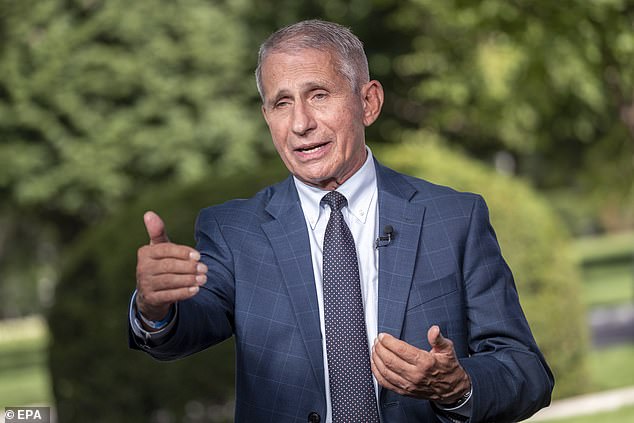 Dr. Anthony Fauci, the director of the National Institute of Allergy and Infectious Diseases, has testified several times before Congress and said American taxpayer money did not go toward gain of function research in Wuhan, China in the run-up to the COVID-19 pandemic

Fauci has testified on several occasions before Congress that American taxpayers never financed what is called ‘gain of function’ research in China – which would make a virus more contagious or deadly.

In May, Fauci testified that the NIH ‘has not ever and does not now fund gain of function research in the Wuhan Institute of Virology.’

However, Fauci also said during that hearing that there was no way to know if Chinese scientists at the Wuhan Institute of Virology lied and conducted gain of function experiments on bat coronaviruses using U.S. tax dollars.

‘There’s no way of guaranteeing that,’ Fauci said at a Senate Appropriations Committee hearing, responding to a question from Republican Sen. John Kennedy.

‘But in our experience with grantees, including Chinese grantees, which we have had interactions with for a very long period of time – they are very competent, trustworthy scientists,’ Fauci testified.

Paul – who like former President Donald Trump has pushed the theory that COVID-19 originated in a lab – has been in a months-long battle with Fauci over whether or not gain of function research was being done in Wuhan in the run-up to the coronavirus pandemic. 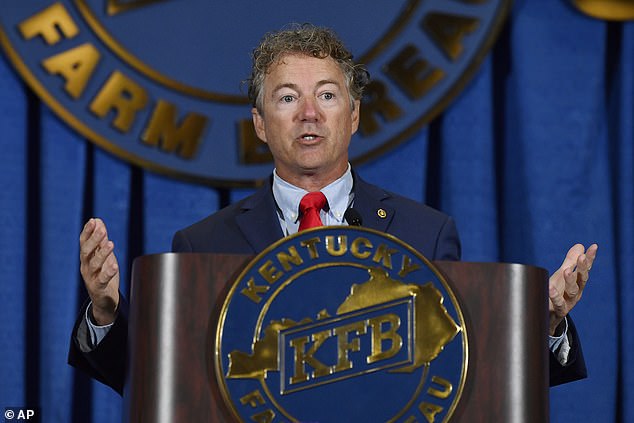 Sen. Rand Paul has been critical of Dr. Anthony Fauci for months and pointed to The Intercept’s report as conclusive proof that Fauci had lied to Congress. On Wednesday night, Paul said Fauci should be jailed for five years

This week he pointed to The Intercept’s reporting as conclusive proof.

On Wednesday night he told Fox News’ Sean Hannity that Fauci should be jailed for lying to Congress.

‘It’s a felony punishable by five years in jail,’ Paul said. ‘I dont think Biden’s Department of Justice will do anything with it, but … it is very dangerous to have public officials who we need to trust come in and lying to us. But he has lied dozens of times. Usually, he tlls us it’s for our own good.’

The National Institute of Allergy and Infectious Disease, which Fauci runs, did not respond to DailyMail.com’s request for comment on Paul’s comments – and for a copy of the statement Psaki said refuted The Intercept’s report.

The most powerful American V8 engines 0