Jeremy Hunt's plan for economic growth has been...
Finance

“They are completely convinced that they’re going to...
News

You can add your voice to the tens...
News

Jill Biden stopped attempts from the press to...
News

Lauren Sanchez has opened up about living and working with Amazon founder Jeff Bezos in her first solo interview since their romance went public, saying he is the ‘most loving human’ she knows.

After years of keeping her private life under wraps, the Black Ops Aviation founder, 53, struck a pose in a black Versace mini dress and six-inch Valentino platform heels for the editorial featured in The Wall Street Journal‘s WSJ magazine.

In the accompanying interview, she spoke with Derek Blasberg about what it’s like to be one half of one of the most philanthropic couples in the world, including their desire to merge their professional and personal lives.

‘It’s the greatest experience I’ve ever had. I’ve always had a career very separate from my partner. I think now that I can work with my partner and be with him all the time,’ she said of their joint philanthropic initiatives and passion projects. 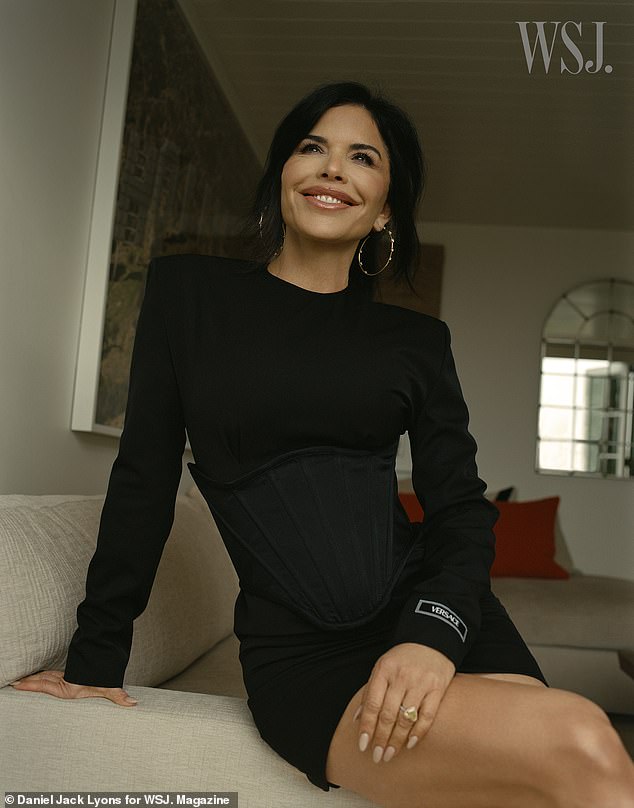 Lauren Sanchez, 53, opened up about her life with Jeff Bezos, 59, in The Wall Street Journal‘s WSJ magazine, her first solo interview since their romance went public in 2019 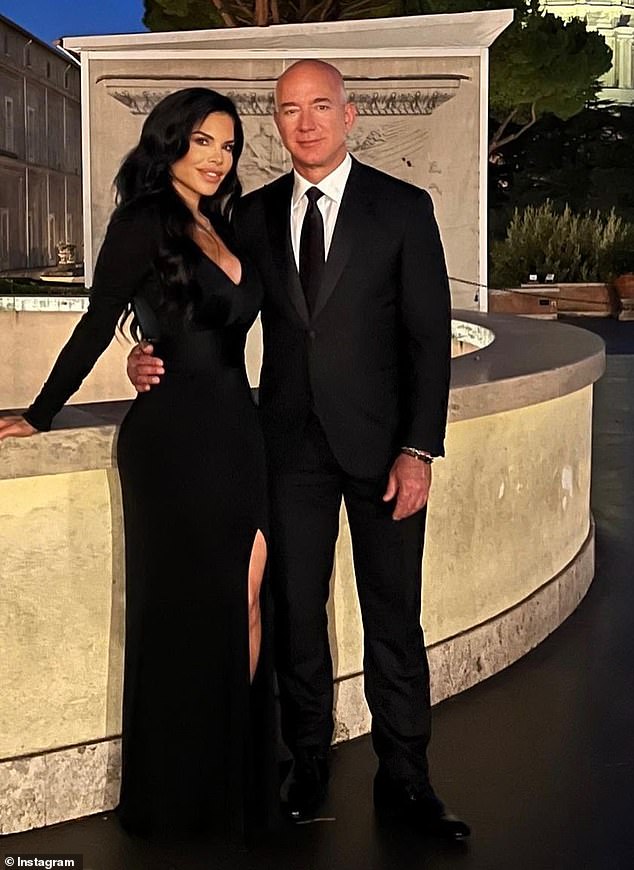 She is also slated to release her first children’s book, ‘Flynn, The Fly Who Flew,’ sometime this year. She noted that Bezos, 59, has worked with her every step of the way.

‘Living with Jeff is like having a master class every day,’ she said. ‘What he’s really taught me a lot about is management. Biggest pieces of advice? I hold a lot of meetings and I would talk first in a meeting and he goes, “No, no, no. You’re the boss. You talk last. You let everyone else talk so that they don’t get swayed by your opinion.”‘

Bezos also advised her to ‘keep meeting under an hour’ if possible and have the person running the meeting write a document that is six pages or less about what will be discussed and why.

‘I don’t know how he does it; he can read documents for hours,’ she shared. 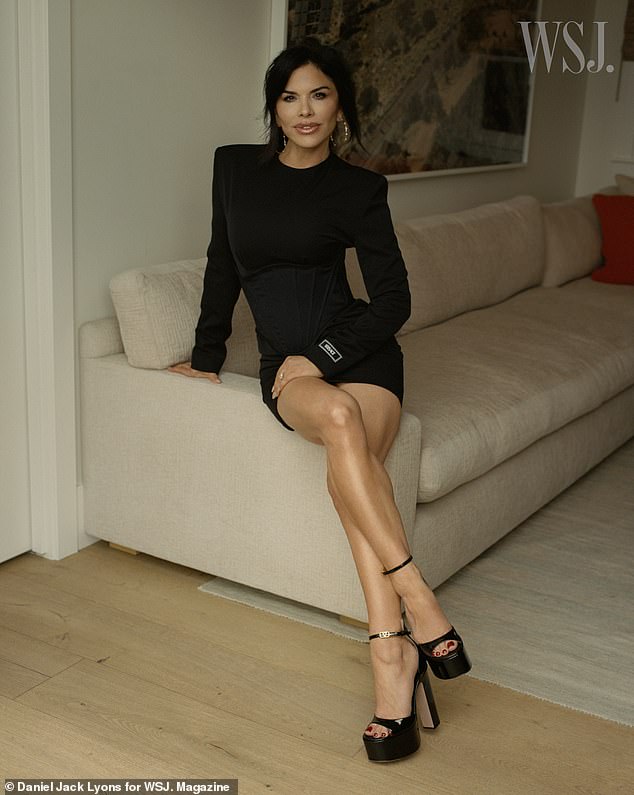 ‘Living with Jeff is like having a master class every day,’ Sanchez said 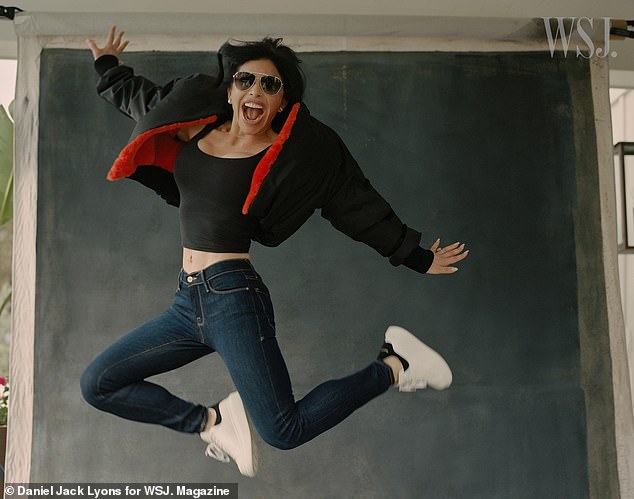 Sanchez and Bezos have a total of seven children from their previous relationships. ‘We are the Brady Bunch!’ she said of their blended families

The couple’s connection started long before they ever met. They were both born in the same hospital in Albuquerque, New Mexico, ‘just six years apart,’ according to Sanchez.

The exact start of their relationship remains murky, but Blasberg touched upon the early days of their courtship, writing that ‘their romance blossomed on helicopter rides she piloted.’

Bezos, who was in a helicopter crash in 2003, credits Sanchez with him getting comfortable in the air again — to the point that he is now in the process of getting his own pilot’s license.

‘We love to be together and we love to work together,’ she said. ‘He’s helping me with the book. He’s getting his pilot’s license. We fly together. We work out together. We’re together all the time.’

Sanchez noted that her billionaire boyfriend even ‘stole [her] trainer’ Wes Okerson, saying, ‘Jeff is extremely dedicated to his workouts. I mean, you have no idea. He really puts in the work.’ 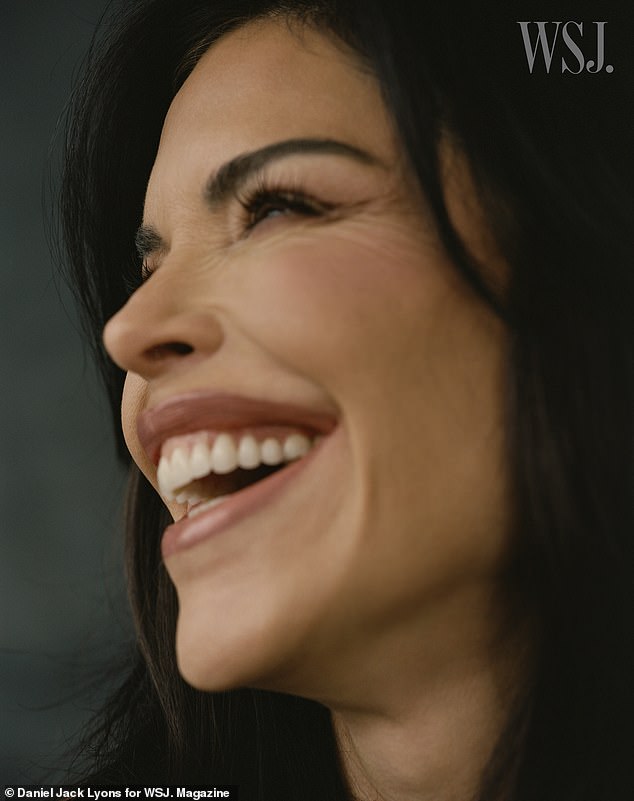 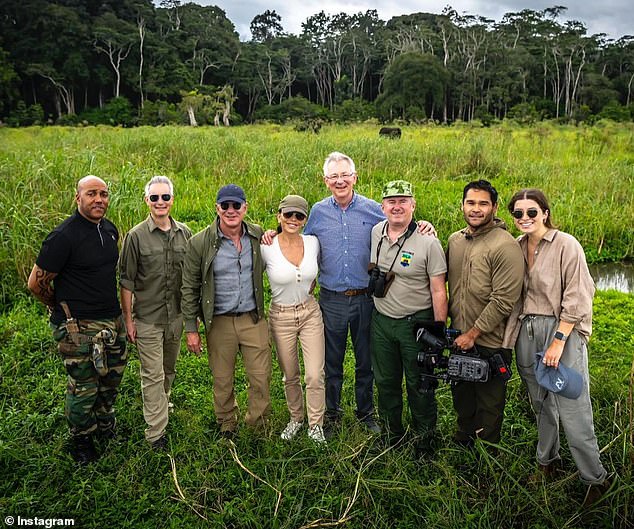 The couple has a total of seven children from their previous relationships, and they often spend the weekends with their blended families.

Whitesell, who is the executive chairman of the entertainment agency Endeavor, was reportedly the one who introduced her to Bezos, who has four children with his ex-wife of 25 years, philanthropist MacKenzie Scott.

Sanchez and Bezos were both legally married to their former spouses when their affair was exposed by the National Enquirer in January 2019. Their respective divorces followed soon after.

Four years later, she has painted a picture of domestic bliss in their shared home in Beverly Hills, the historic Warner estate that Bezos bought for $165 million in 2021.

‘On a typical Saturday, we hang out, we have dinner with the kids, which is always fun because you never know where the conversation is going to go with this many kids,’, she said. ‘We are the Brady Bunch!’

When asked about how they successfully blended their families, she credited it to her experience co-parenting with her ex Gonzalez.

‘My greatest example is the relationship I have with my eldest son’s father, Tony [Gonzalez]. I learned how to co-parent with him, so I have more experience than Jeff might have,’ she explained. ‘Tony and his wife [October “Tobie” Gonzalez] are my best friends. It wasn’t always that way. There was friction [at the beginning]. But Tony and Tobie were at Thanksgiving with us [this year], and we’re really good friends.’

Sanchez noted that she and Gonzalez ‘always communicated,’ but it ‘took about five years’ for them to become friends.

Giving another glimpse into their life at home with Bezos, she shared how serious he is about the art of making pancakes.

‘Every Sunday morning, Jeff makes pancakes,’ she explained. ‘He wakes up early. He gets the Betty Crocker cookbook out every time, and I’m like, “OK, you’re the smartest man in the world; why don’t you have this memorized yet?” But he opens it up every time: Exact portions make the best pancakes in the world.’

Sanchez added that most people would be surprised to know Bezos is ‘really funny’ and ‘can be goofy.’

‘He makes me laugh all the time,’ she said.

As for his own distinctive laugh, she admitted that it caught her off guard at first, but it now ‘makes [her] smile.’

‘When I first heard his laugh, I was like, “Whoa! What is that?”‘ she recalled. ‘Now I love it. And if I’m at a party and we get separated, all I have to do is wait a second and he laughs and it’s like, he’s over there. He’s so happy, he inspires me every day, he makes me a better person every day; he’s the most loving human I know.’

Jeremy Hunt's plan for economic growth has been...

“They are completely convinced that they’re going to...

You can add your voice to the tens...

Jeremy Hunt's plan for economic growth has been...

“They are completely convinced that they’re going to...

You can add your voice to the tens...