The Government has today published plans to continue...

Kate’s new favourite accessory! Princess of Wales wore £14,500 Art Deco brooch to the State Banquet – after the pin made its debut on Remembrance Sunday

As the Princess of Wales dazzled at the State Banquet in Buckingham Palace last night in a white couture Jenny Packham gown, royal fans noticed she had embellished her sash with a brooch first debuted just a few weeks ago.

Mother-of-three Kate wore the Bentley & Skinner brooch, reported to cost £14,500, which she received as a gift for her 40th birthday in January this year, to accessorise her banquet look as the Royal Family welcomed South African president Cyril Ramaphosa to the UK.

The art deco style brooch, which still appears on the jeweller’s website but is now listed as ‘sold’ was first debuted by the Princess at the National Service of Remembrance earlier this month, when she joined the Royal Family at the Cenotaph in London to commemorate soldiers who had lost their lives in conflict. 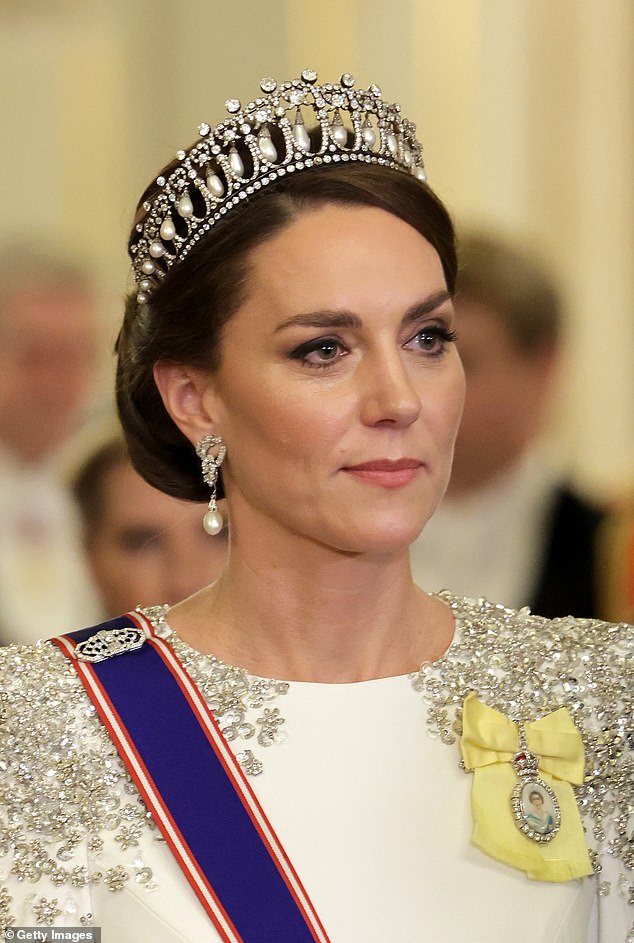 The Princess of Wales, 40, dazzled at last night’s State Banquet at Buckingham Palace in which she wore a bespoke white and embellished Jenny Packham gown which she accessorised with the Lover’s Knot tiara, Princess Diana’s Horseshow and Laurel earrings, Queen Elizabeth II’s Royal Family Order, and a new Art Deco brooch she received for her birthday in Jauary 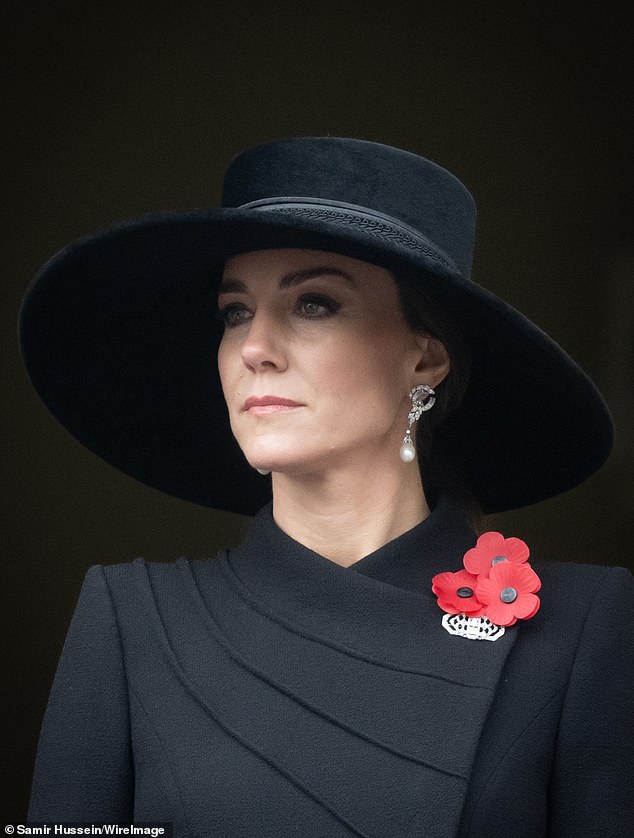 The Princess of Wales debuted the Bentley & Skinner Art Deco brooch, costing around £14,500, during the National Service of Remembrance at the Cenotaph in London earlier this month 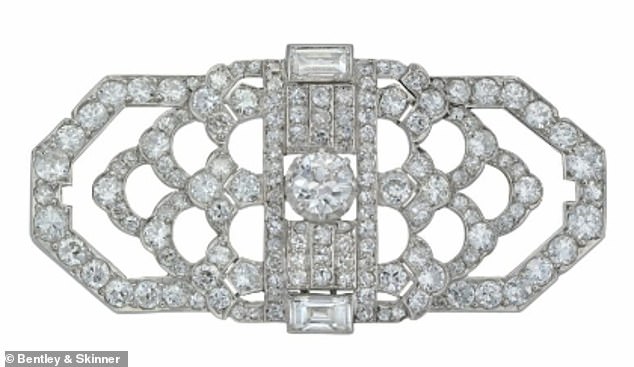 It lists the product as having a ‘rectangular shape with corners cut away, with an openwork pattern comprising of a central, round brilliant-cut diamond with an estimated weight of 0.35 carat’.

The diamonds are set in platinum, and the brooch dates back to around the year 1920.

After the brooch made its debut when the Princess cut a sombre figure on Remembrance Day earlier this month, Hello! Magazine reported it was likely to have been a gift given to Kate for her 40th birthday on 9th January. 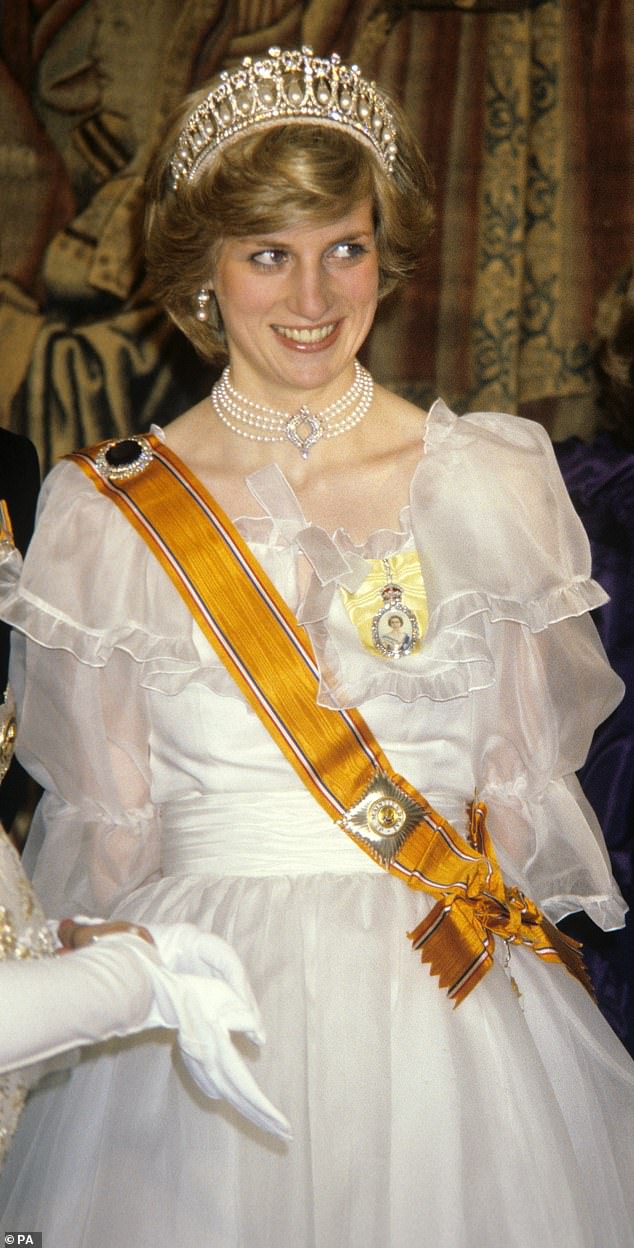 Quoting royal watcher UFO No More, the magazine noted the Art Deco brooch was up for sale in January before it was sold – which gave the impression Kate had received it for her 40th.

However, it is unclear exactly who bought the sparkling pendant for the Princess of Wales – although it is likely to have been someone close to her like a member of the Royal Family or one of the Middletons.

As the Princess of Wales attended the first state banquet of King Charles’s reign at Buckingham Palace, the Art Deco brooch was just one of the dazzling accessories she chose to wear.

As she stunned in the white, floor-length Jenny Packham gown with diamond embellishment on the shoulders, Kate reached for her apparent favourite tiara to complement the outfit.

She appeared in the Lover’s Knot Tiara – which she has previously combined with a blue Alexander McQueen gown and which dates back to 1914 when it was commissioned by Queen Mary from the House of Garrard. It was comprised using diamonds and pearls already belonging to the family.

Kate emulated her late mother-in-law Princess Diana, who was also known to favour the Lover’s Knot tiara when she held the title Princess of Wales.

The mother-of-three also paid tribute to Princess Diana by wearing her horseshoe and laurel earrings to complete her outfit.

In time, King Charles is expected to release his own Royal Family Order, although there is currently no word on when this is due to happen.