How to spot ovarian cancer as Aussie woman gets shock diagnosis

Jo Yates had never even heard of ovarian cancer when she was diagnosed with the deadly disease in November last year.

The 43-year-old video producer and home renovator from Noosa had a routine pap smear which led to doctors fearing she had endometriosis – but a CT scan detected something far more sinister.

‘I had no symptoms, no pain and was the healthiest I had ever been… I now know why this disease so terrifying and can be easily missed,’ Jo told FEMAIL.

‘Cancer is something I’ve never had to deal with in a close proximity before because no one I know has had it. I felt like I had no one to talk to and my first thought was “am I going to die?”‘

While the tumours found in her ovaries were benign, cancerous cells had spread to her stomach muscles, with chemotherapy recommended rather than surgery.

Jo was told by physicians she had a 48 per cent chance of surviving more than five  years, leaving her completely shell-shocked. 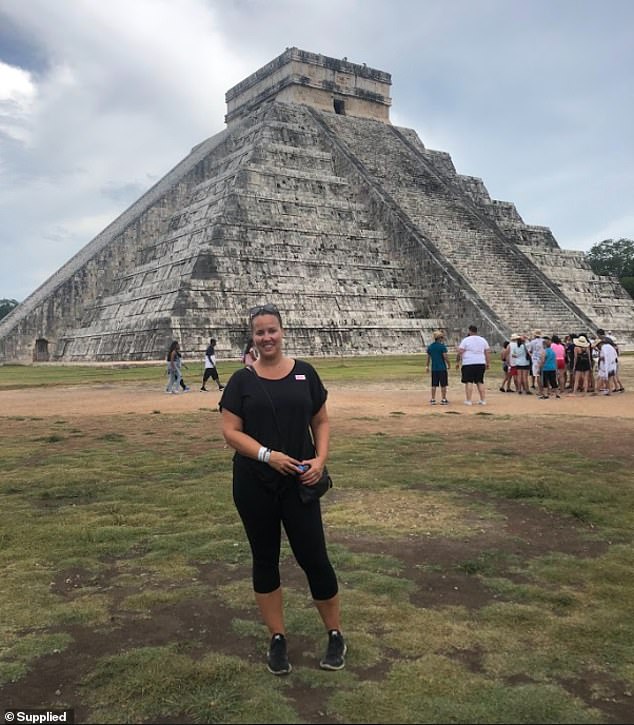 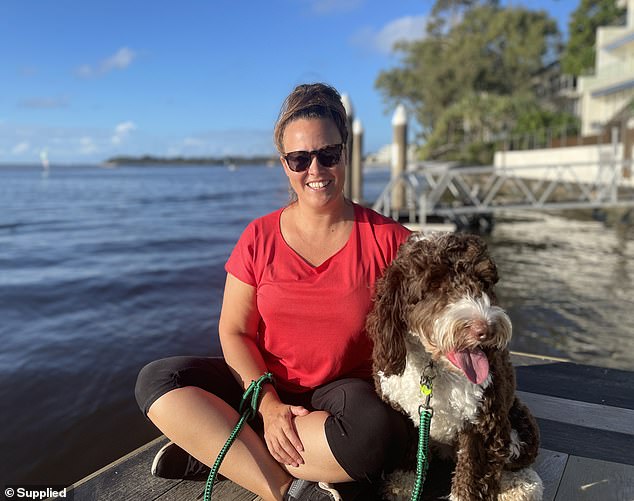 Instead tumours were found in both ovaries and she was diagnosed with ovarian cancer in November 2021. Jo was told by physicians she had a 48 per cent chance of surviving more than five years, leaving her completely shell-shocked

While she didn’t experience any symptoms, Jo admitted she did notice ‘subtle’ changes a few months beforehand.

‘I felt full quickly after eating, felt bloated, experienced pain during sex, and was going to the bathroom a little more often than usual – but I brushed it off thinking it wasn’t anything to worry about,’ she said.

After the pap smear, she had an ultrasound and then a CT scan which detected the tumours on both ovaries. 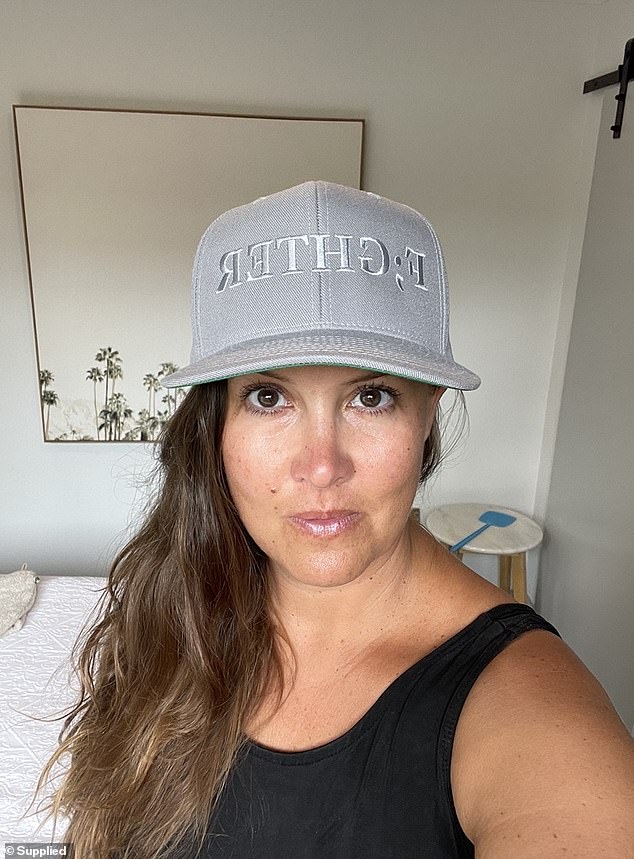 ‘I had no symptoms, no pain and was the healthiest I had ever been… I now know why this disease so terrifying and can be easily missed,’ Jo told FEMAIL. On November 11 she had a biopsy and hysterectomy – a surgery to remove the uterus, cervix and ovaries – and three weeks later the tumours were confirmed to be cancerous

Jo then had a biopsy and keyhole hysterectomy – a surgery to remove the uterus, cervix and ovaries.

She didn’t have the option of freezing her eggs because of the tumours.

‘It felt like a huge rollercoaster – I never really wanted children and always thought I’d adopt or foster – but having the option taken away was difficult to process,’ she said.

While the surgery went well and the tumours in her ovaries were benign, three weeks later she was told the devastating news that cancerous cells were found in her abdomen.

Rather than a second surgery – which would have been more severe than the first – doctors instead recommended chemotherapy. 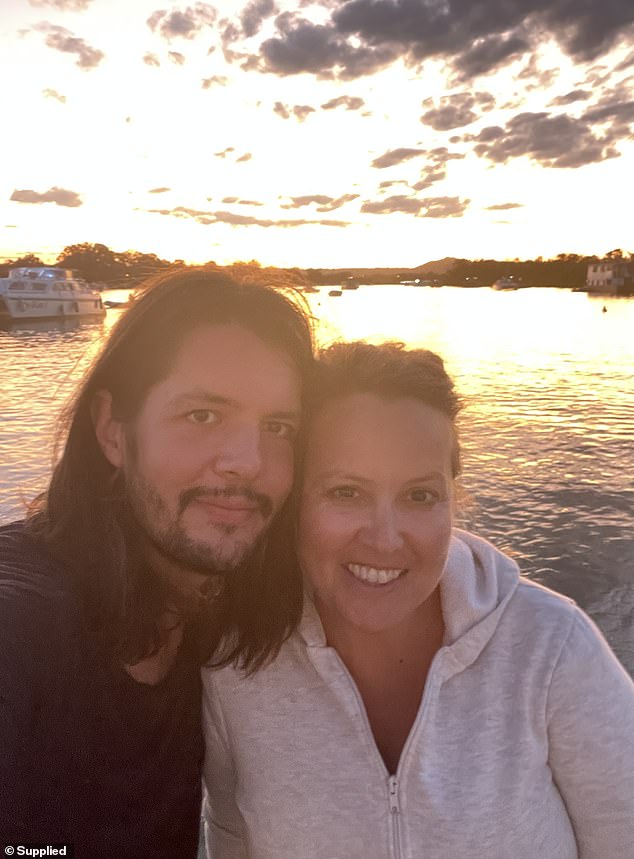 While the tumours in her ovaries were benign, cancerous cells were found in her abdomen and chemotherapy was needed (pictured: Jo, right, with her partner Nick Goetting, left). At the time her close family from interstate and the UK couldn’t visit because of Covid travel restrictions

What is ovarian cancer?

Ovarian cancer is a malignant tumour in one or both ovaries.

The ovaries are made up of three main kinds of cells – epithelial cells, stromal cells and germ cells. Each of these cells can develop into a different type of tumour.

The average age of women when they are diagnosed with ovarian cancer is age 64. It is mainly diagnosed in women over the age of 50; however, there are cases diagnosed in younger women.

‘I remember receiving the call and had to sit with myself to process it all before talking to my partner,’ she said.

‘I had to call the hospital the next day because I had so many questions. I had to try and not go down a rabbit hole and Google everything.’

‘The nurses were so surprised because I was young, healthy and the tumours in my ovaries were benign but it had already spread (to my abdomen) and turned cancerous,’ she said.

At the time her family from interstate and the UK couldn’t visit because of Covid travel restrictions.

In attempt to prevent hair loss she wore a cold cap on her head during the treatment, which worked well.

During treatment she gained 10kg and was impacted by a number of side effects, including nausea and fatigue. 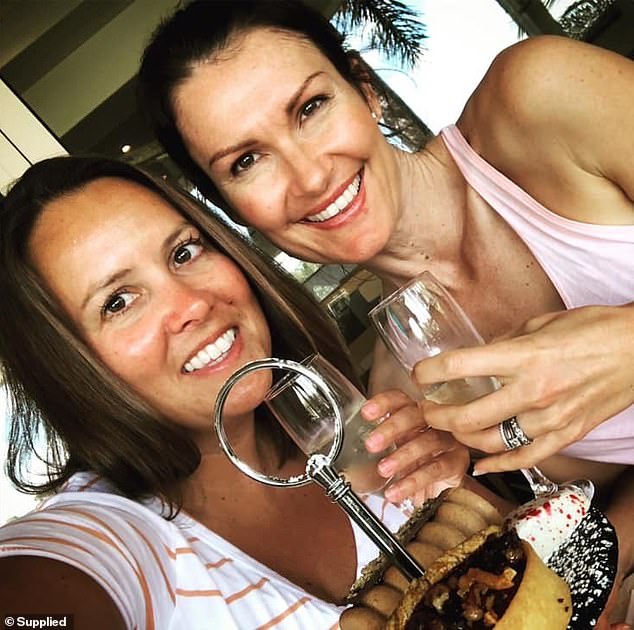 Jo started six months of chemotherapy in early January this year, but treatment wouldn’t have been required if the cancer didn’t spread (pictured before prognosis: Jo with friend Ale Rose) 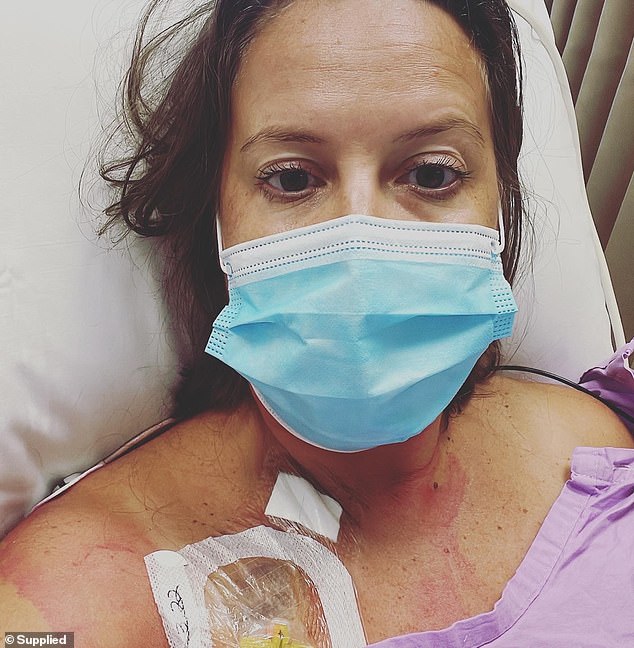 During treatment Jo decided to build a website containing all the information she struggled to find.

She researched within cancer focused Facebook groups, surveyed other cancer patients and spoke with the carers helping patients to come up with a list of content they were looking for.

Fabulous You During Cancer (FUCancer.network) was launched months after Jo finished active treatment.

Articles such as What Not to Say to Someone With Cancer are filled with advice from first-hand experience and the feedback of other patients.

‘You always think cancer is something that won’t happen to you, and I remember going to my first chemotherapy session thinking “I’m not meant to be here”,’ Jo said.

What are the symptoms of ovarian cancer?

There are often no obvious signs of ovarian cancer, but they can include:

After her traumatic experience, Jo said she realised how strong the body and mind truly is, and now aims to raise awareness about ovarian cancer.

‘Don’t be afraid to advocate for yourself – my medical team were amazing but I had to push for a lot of things,’ she said.

‘I pushed and pushed to be able to use a cold cap during treatment because the thought of losing my hair was unbearable, and it was the one thing I could control in that situation.

‘There’s so much medical misinformation out there too, so be careful where you get your info from.’

Previous article
Zara Tindall praises 'role model' mother Princess Anne, saying childhood was 'very lucky'
Next article
What it's like to be a 'secret girlfriend'