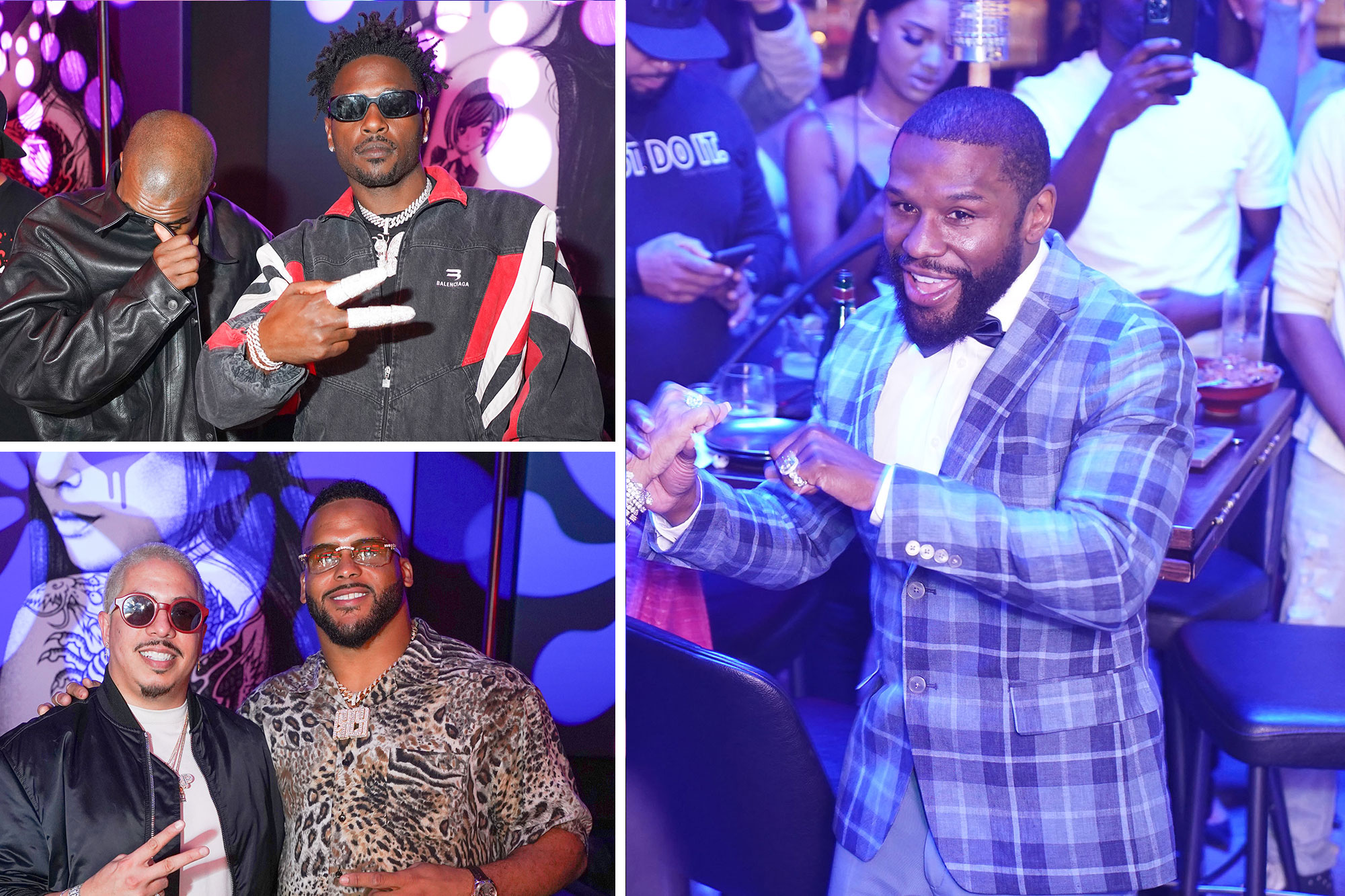 Floyd Mayweather rang in his 45th birthday with a loud crowd of stars.

Rams defensive tackle Aaron Donald, who won his first Super Bowl against the Bengals earlier this month, was also in attendance with his wife Erica. She shared Instagram story videos of the couple dancing and singing karaoke.

Mayweather was all smiles with Brown and West in photos from the private party, hosted by his The Money Team brand. Brown, whose bad breakup with the Buccaneers consumed headlines last month, shared photos of the group with Donald to his Instagram story.

Mayweather, Brown and West all sang together on the dance floor in a video posted by a party goer.

The boxing legend, whose “Happy Birthday” banners lit up throughout the venue, was dressed in a blue patterned suit and bowtie.

Brown flew to Miami on Mayweather’s private jet and shared a video of himself posing in front of the aircraft.

Brown also shared a snap with Donald that showed the NFL players holding microphones, with the caption, “Champions.”

He was pictured in a number of photos with West, adding to their string of recent outings since the Bucs released Brown in January.

According to TMZ, the party eventually moved to Gold Rush Cabaret strip club, where Mayweather was greeted with cutouts of his face and “Happy Birthday” signs — including an enlarged photo of him punching Conor McGregor in their 2017 fight.