Father, 24, who didn't get vaccinated because he heard it was 'not real' dies from Covid-19

Father, 24, who didn't get vaccinated because he heard it was 'not real' dies from Covid-19 three weeks after imploring others from hi

Mum blasts school as son, 14, given detention for 'not wearing pin badge'
Venus Williams, 41, insists she's 'not desperate' to settle down as she covers Cosmopolitan
Dave Bautista insists he's 'not embarrassed' about being a wrestler-turned-actor


Father, 24, who didn’t get vaccinated because he heard it was ‘not real’ dies from Covid-19 three weeks after imploring others from his hospital bed to get the shot

By Ross Ibbetson For Mailonline


A 24-year-old father who didn’t get vaccinated because he heard it was ‘not real’ died from Covid three weeks after imploring others from his hospital bed to get the shot.

Patrick Burshia was in intensive care and had ventilation tubes attached to his nose when he spoke to a reporter at the Billings Clinic in Montana.

The young father paused at times to catch his breath as he spoke of his deep regrets at not having taken a vaccine and warned others not to make the same mistake.

‘I would not wish this on my worst enemy. As soon as I can, I’m getting the vaccine, and I highly recommend anyone who hasn’t to do it because this is a very scary situation,’ he said at the time.

Burshia died over the weekend. He leaves behind a young son. 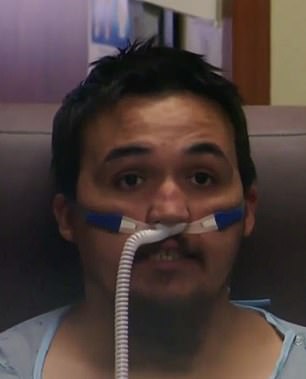 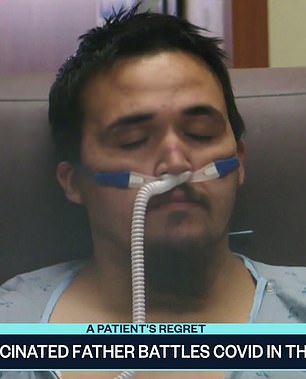 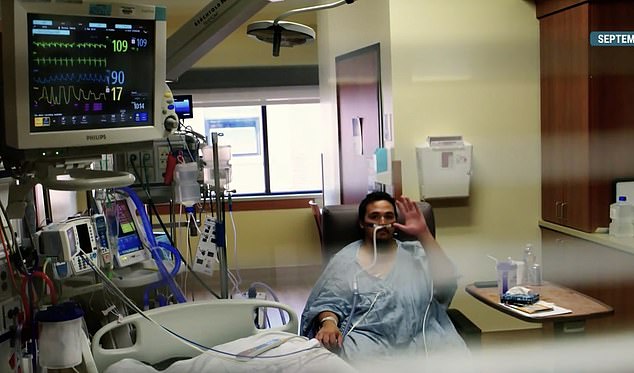 Burshia waving from his ward at the ICU in Billings, Montana, earlier this month. At the time, the young father said he ‘absolutely, 100 per cent’ regretted not having the shot before. 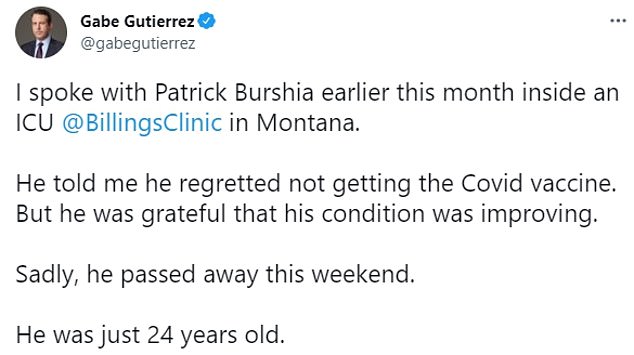 NBC reporter Gabe Gutierrez had spoken to Burshia through a glass pane at the intensive care ward in Billings on September 1.

At the time, the young father told him that he ‘absolutely, 100 per cent’ regretted not having the shot before.

Burshia told NBC he had been hearing ‘a lot of propaganda’, including from friends and family members who did not trust the vaccine.

This included claims that it ‘wasn’t a real vaccine’ and that it might contain ‘a tracking chip that the government was trying to use on us.’

Nurse Chrissy Baxter described how Burshia took a bad turn after speaking with NBC and had to be put on a ventilator.

‘Every time we moved him we weren’t sure if the end wasn’t going to be in that moment, so I just wanted to be there to hold his hand,’ she said through tears.

The hospital where Burshia died is already experiencing its highest influx of coronavirus patients since last year.

It has been forced to set up overflow beds in the hallway in an effort to cope with the vast numbers of sick people.

Experts say that the dramatic uptick in cases in Montana and in other states is down to the highly infectious Delta variant which first originated in India. 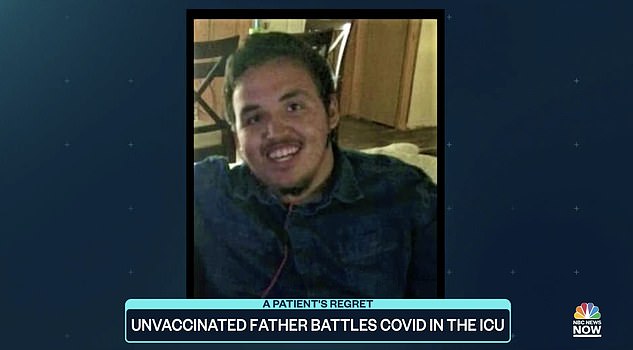 Burshia died over the weekend. He leaves behind a young son

Montana is one of four states, including Idaho, Washington and Texas, that have started to ration care for patients due to the St. Peter’s Health hospital being overwhelmed.

Governor Greg Gianforte announced on Tuesday that he is sending another 70 members of the National Guard to help at six hospitals across the state.

That includes 10 guards to the Billings Clinic.

Montana reported 1,181 new Covid infections on Tuesday, with 9,976 active cases in the state.

The number of people currently hospitalized stands at 377, an increase of 19 since Monday.