Brits had better brace for extreme conditions this...
Women

Prince William has reportedly given up on trying...
Women

With his flaxen locks flowing behind him, and clad in designer clothes – including a £2,000 jacket and a £690 Givenchy jumper – Manchester City’s hot-shot striker Erling Haaland is in full male model pose on the cover of GQ’s second annual global sports issue.

Somehow though, the glamorous shoot with the Norwegian striker, who earns £865,000-a-week, feels like an awkward fashion mis-hit – more Zoolander, than cutting edge haute couture. One football fan on Twitter wrote: ‘Haaland was made to be a viking warrior… not this.’

Yet, by posing up a storm, the Norwegian striker is simply following what dozens of star strikers have done in the past – with everyone from 70s icon George Best to Gary Lineker and David Beckham gracing the pages of fashion magazines. 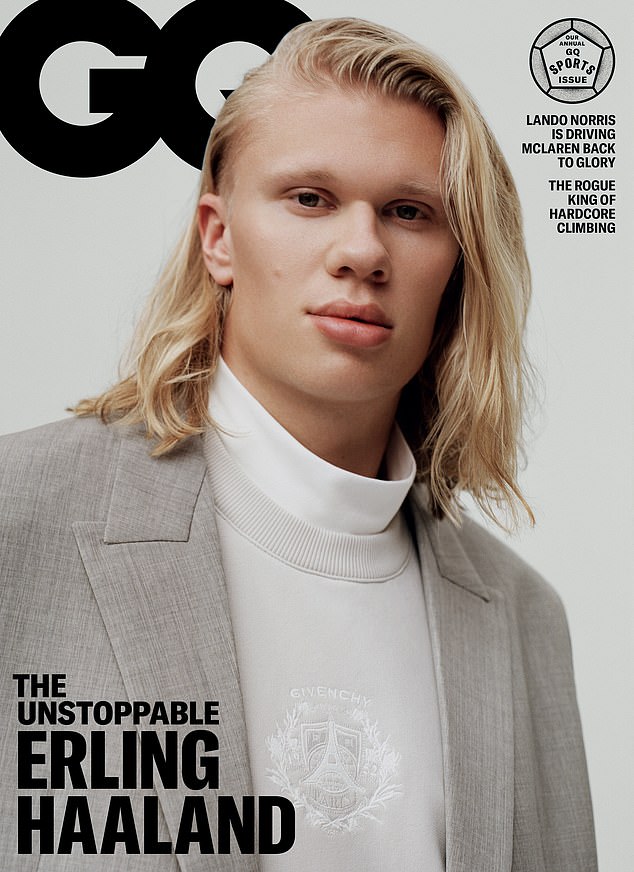 The 22-year-old Norwegian striker, who has scored 33 goals this season, is the latest footballer to turn fashion model – appearing on the front cover of GQ’s second annual global sports issue

Let’s not forget the time when Cristiano Ronaldo and Didier Drogba appeared on the front cover of Vanity Fair, hands on hips, in the briefest of briefs.

And Spurs striker turned Match of the Day host Gary Lineker, who had to fend off sex noises while presenting last night’s FA cup match after the BBC studio was sabotaged, is pictured on the cover of teen magazine, Lookin; hair slicked back and wearing a fancy watch.

Here, FEMAIL winds back the decades to look back at famous football stars who’ve shrugged off their kits for photoshoots – and may well deserve a red card for it. 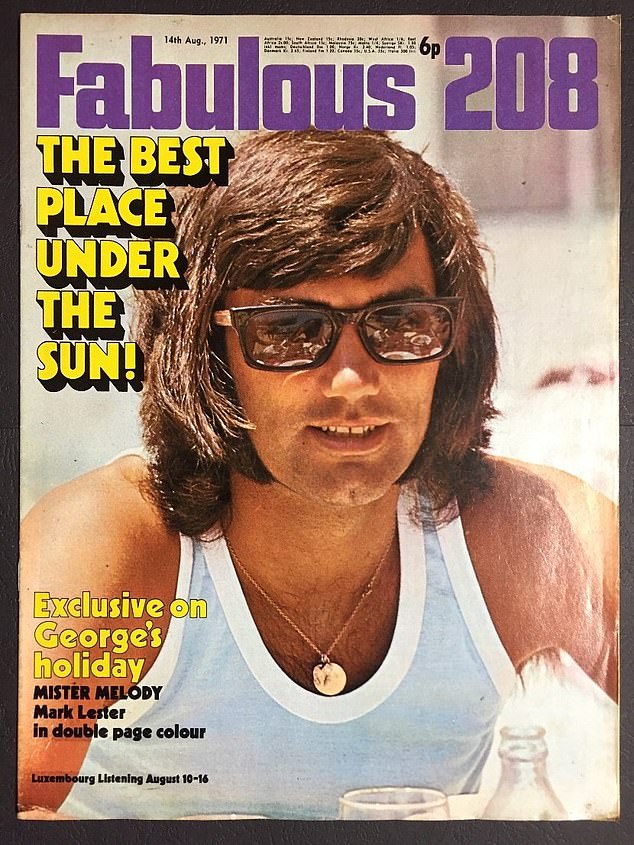 All the best! George Best, legendary footballer and philanderer, was arguably football’s first pin-up star; the Northern Irish icon, who lost his long-term battle with alcoholism in 2005 at the age of 59, is seen here in 1971 on the cover of Fabulous 208 magazine 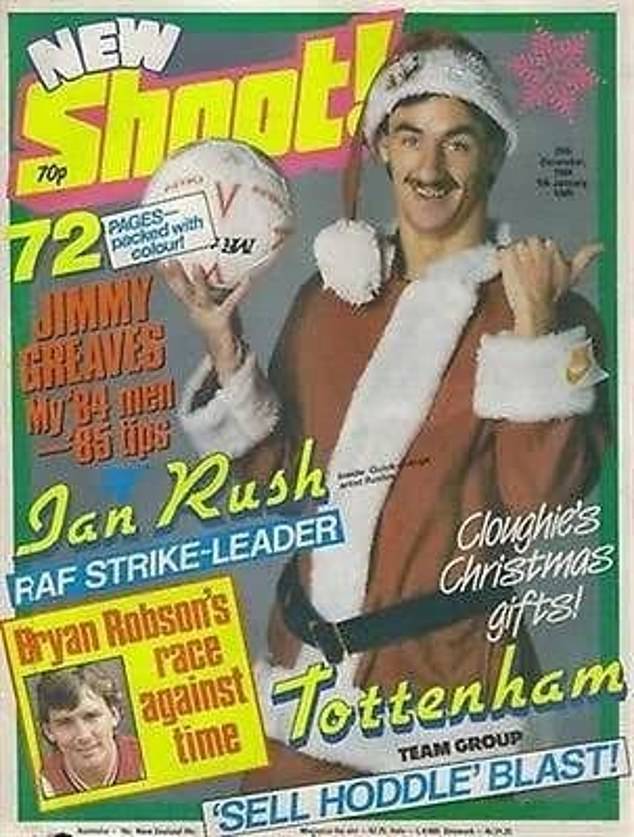 Can you guess who this is? Legendary footballer Ian Rush, whom many hail as the most natural goalscorer football supporters have ever seen, appeared on the cover of sports magazine Shoot 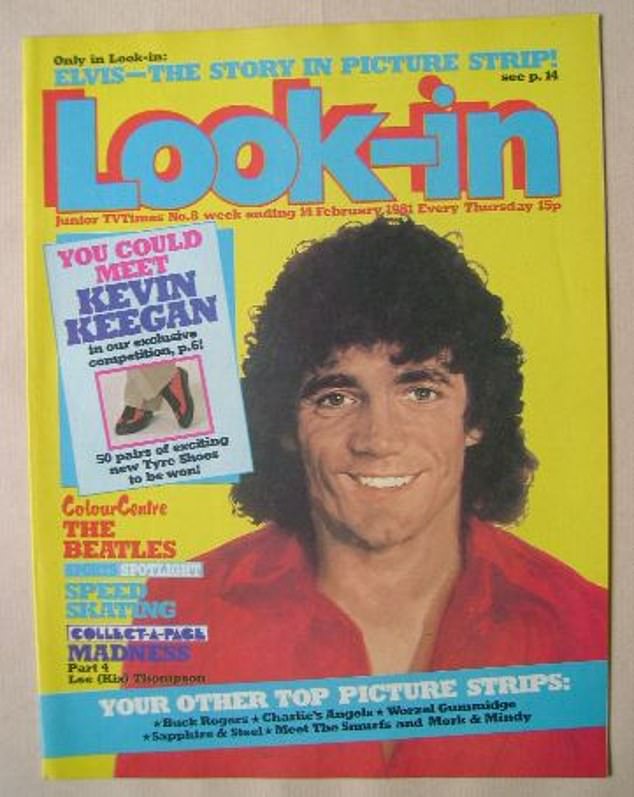 King Kev! Former Liverpool star Kevin Keegan – known for his curly mop, appearing on the cover of Look-in magazine in the Eighties 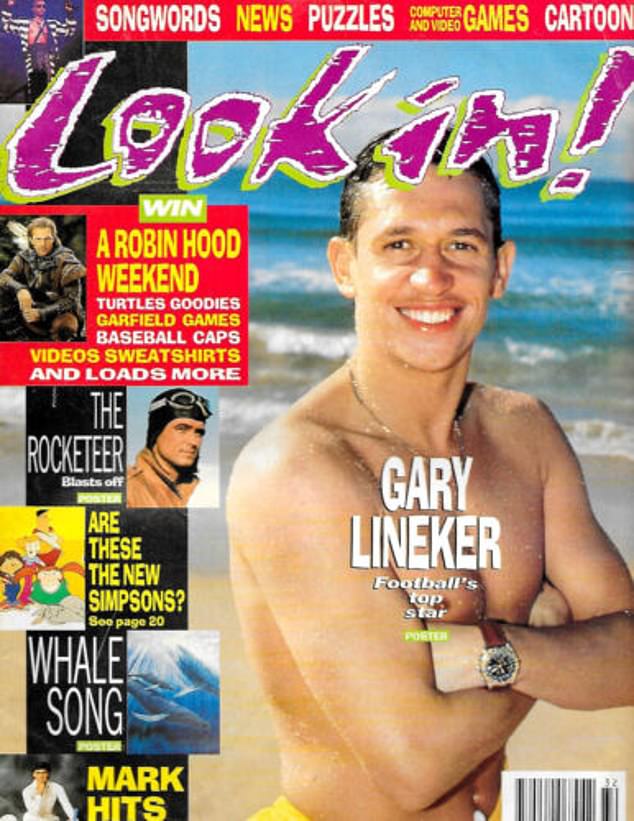 A fresh-faced Gary Lineker on the cover of the same magazine in the early 90s…the Match of the Day host, who played for Spurs and England at the time, maintained the footballer’s favoured folded arms look for the beach shoot 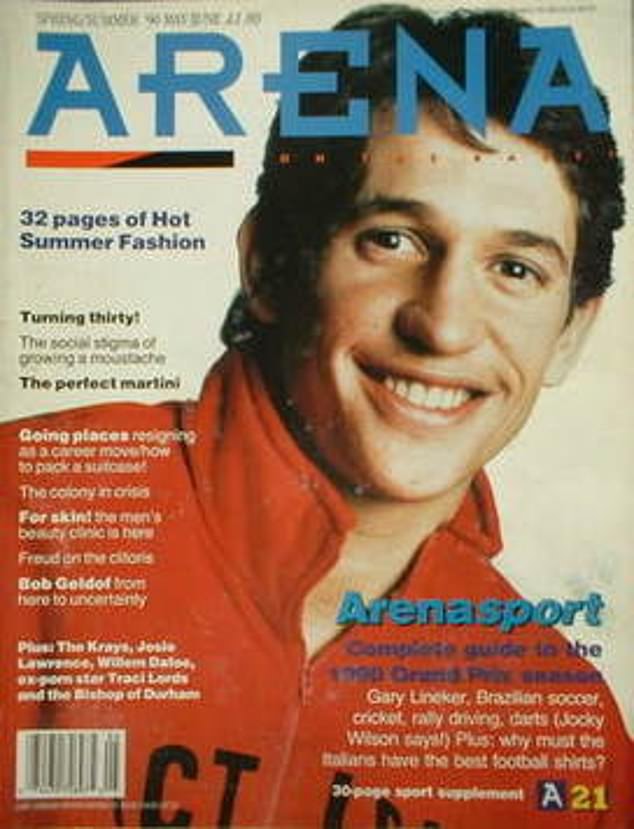 Looking good Gary! In 1990, the star showcased a rather cheesy grin as he posed for the cover of Arena magazine 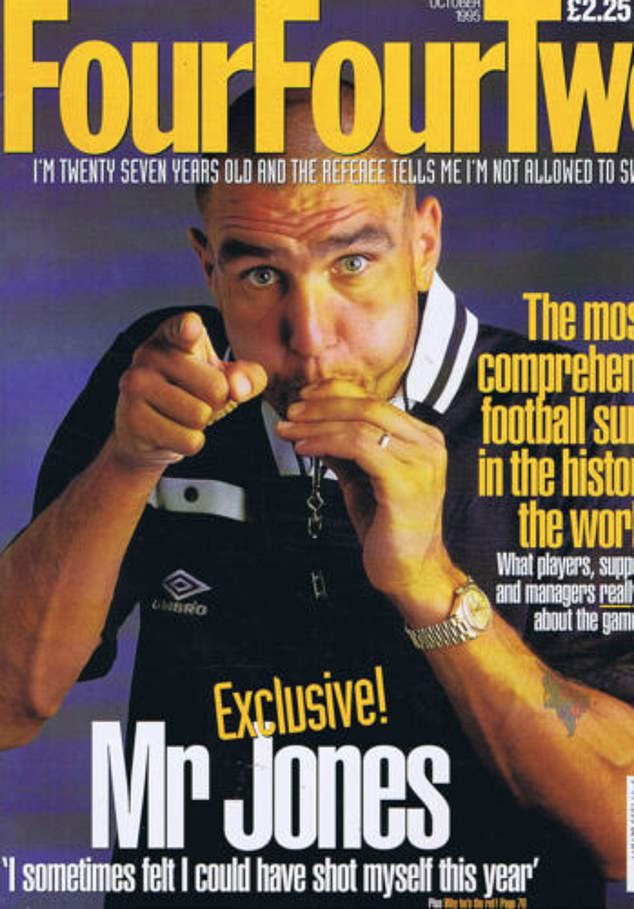 Blowing the whistle! In 1995, footballer Vinnie Jones was animated as he posed for the cover of FourFourTwo 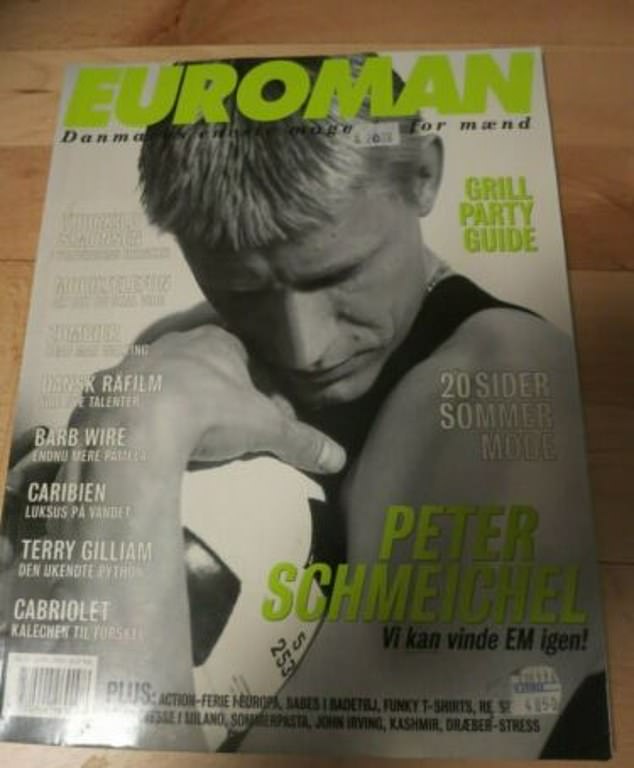 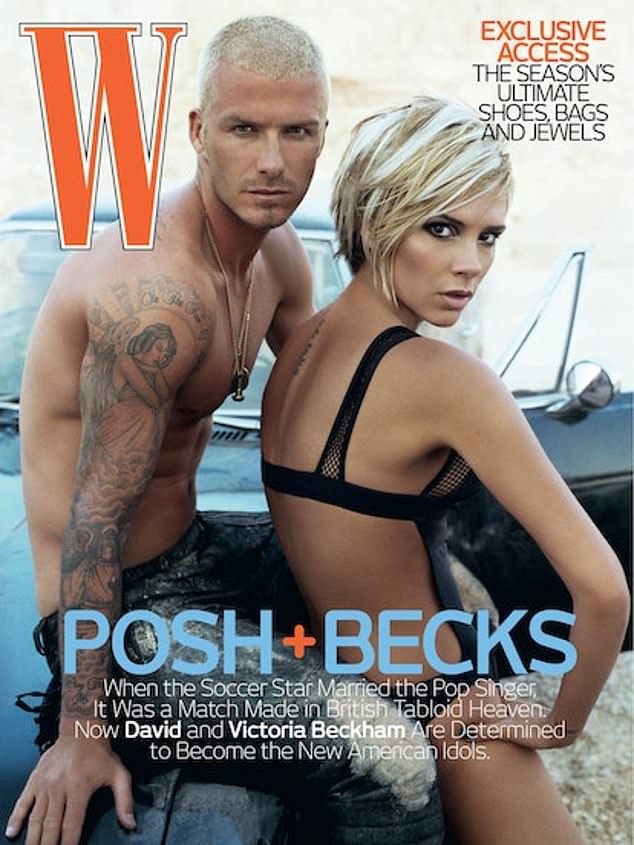 In 2007, David and Victoria Beckham, then in their early 30s, struck a pose for W magazine; the bronzed Spice Girl and her then LA Galaxy playing hubby opted for California beach chic in this shoot – including a classic sports car 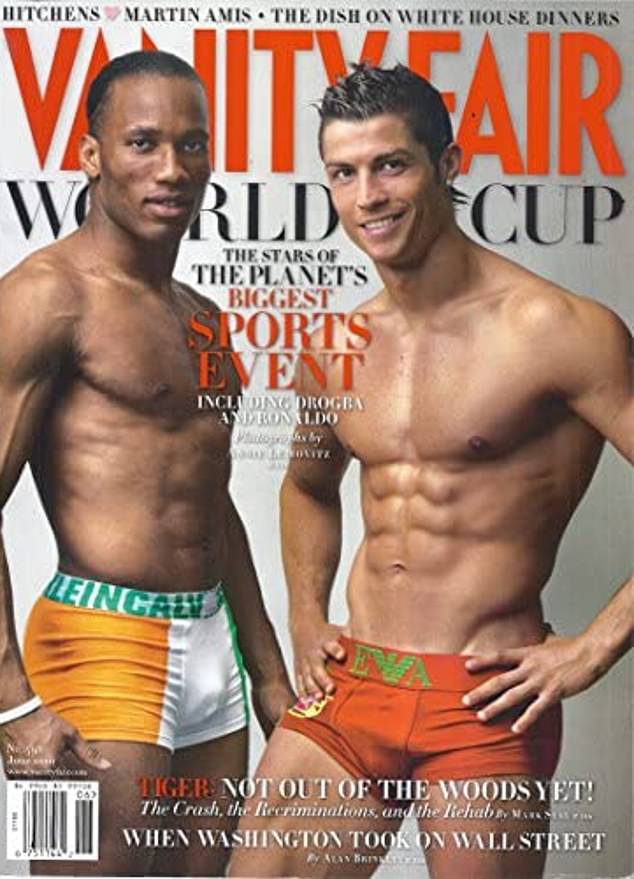 Patriotic pants: Former Chelsea star Didier Drogba, and Cristiano Ronaldo, who recently moved to Saudi Arabian club Al Nassr for a rumoured £173million a year, were snapped in their underwear matching their country’s flag for Vanity Fair in 2010 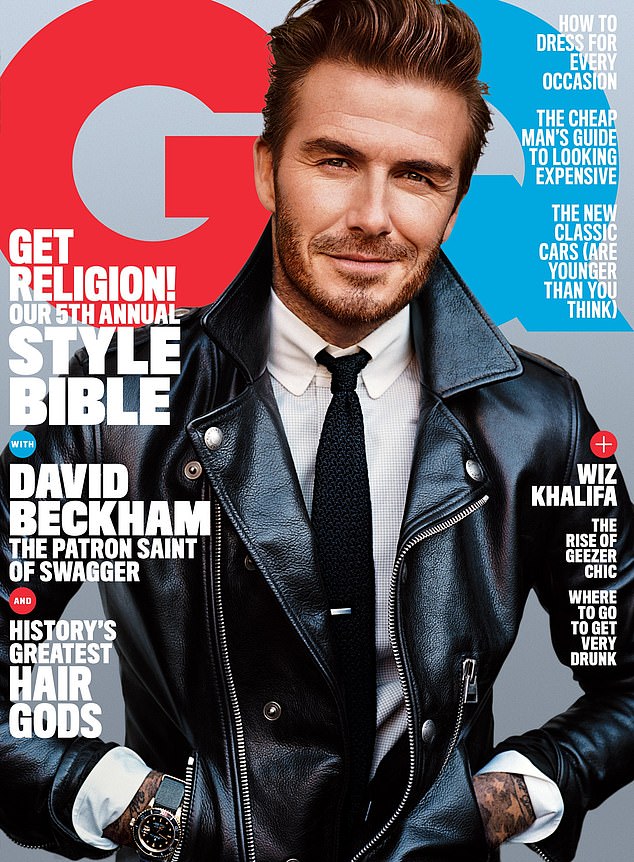 Six years ago David Beckham, like Haaland, graced the cover of GQ for the first time – wearing a leather biker and a skinny tie 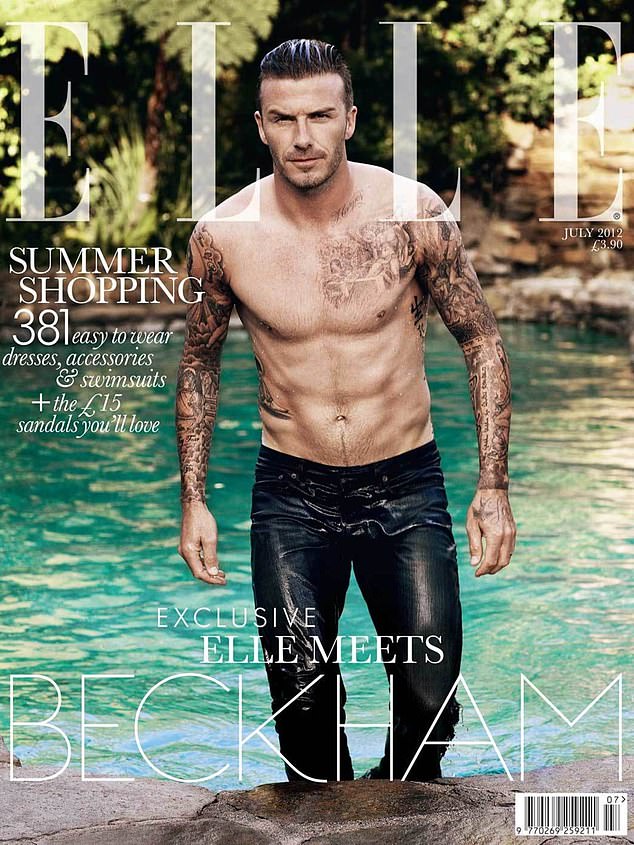 Darcy Beckham: Another serious model pose for the former England star came on the cover of Elle magazine in July 2012, when David, then 37, was pictured in tight jeans emerging bare chested from a lagoon 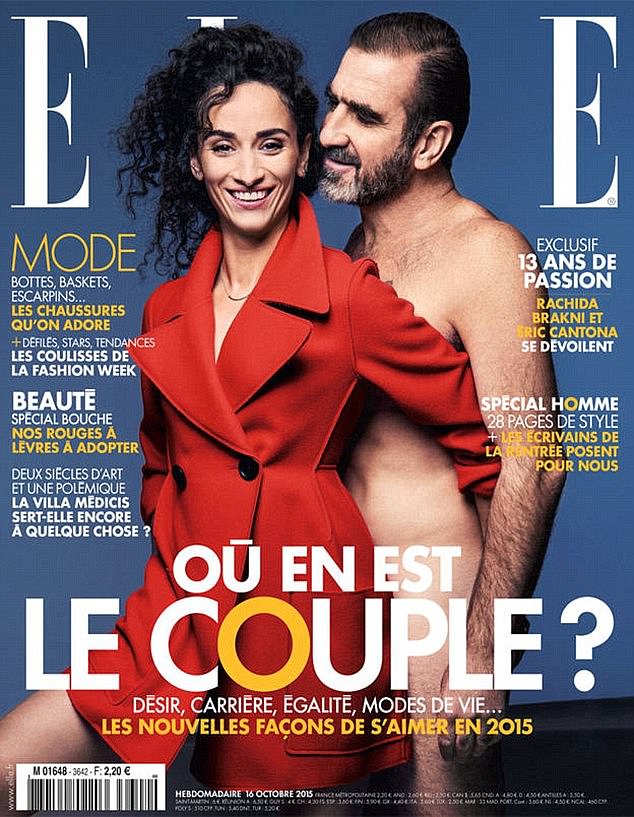 Ooh la la! Eric Cantona, who became famous for both his crowd-kicking antics and his own brand of philosophy while playing for Manchester United, featured naked on the cover of Elle France in 2015 after his retirement from the game in 1997 With his floppy hair and smidgen of designer stubble, Jack Grealish, Manchester City’s star midfielder appeared on the cover of Homme+ in November last year, much to fans’ delight 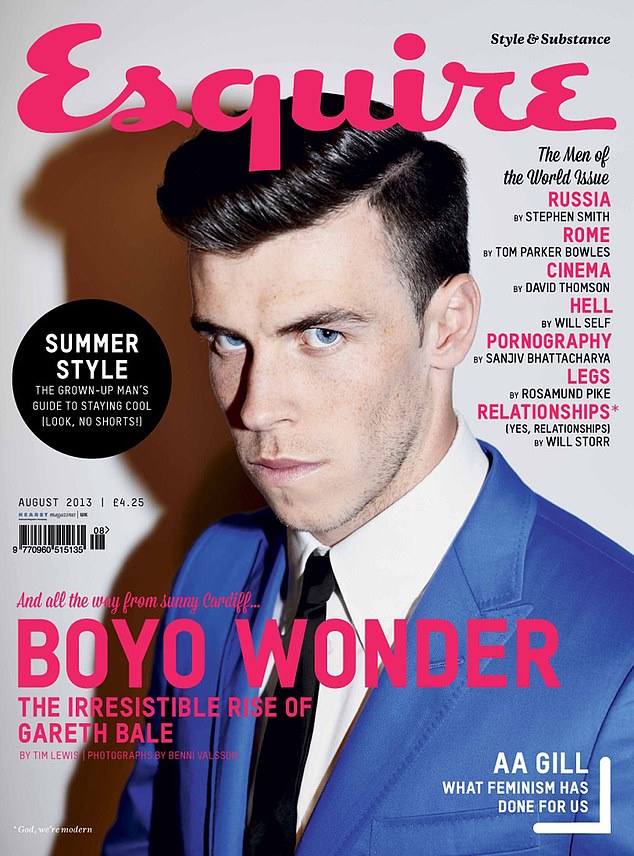 Zoolander who? In 2013, footballer Gareth Bale gave readers of Esquire a rather model-like stare as he posed for a feature about his ‘irresistible rise’ 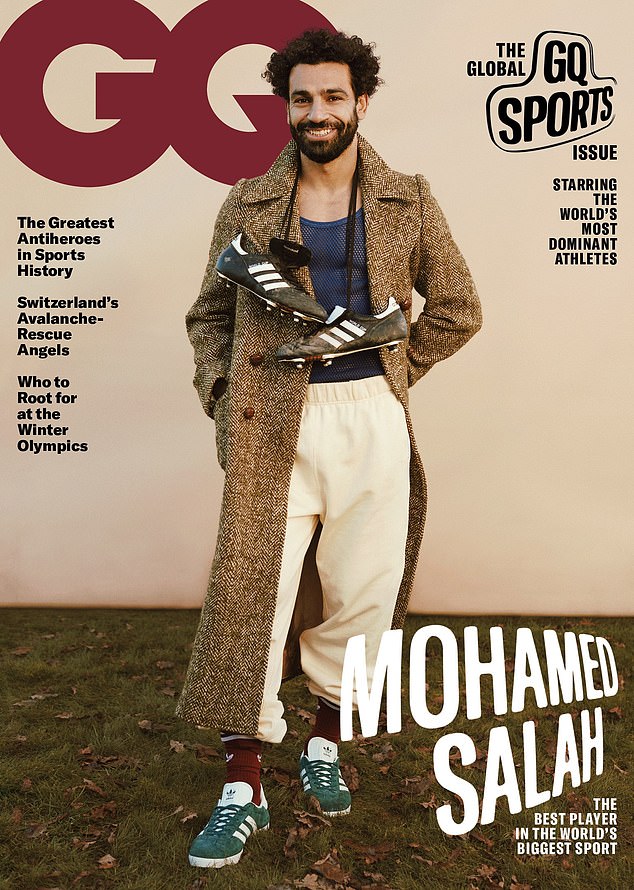 Last year, Liverpool’s Mohamed Salah graced the cover of GQ wearing a rather unusual string vest and a white pair of jogging bottoms with rolled up socks for a ‘global sports issue’ 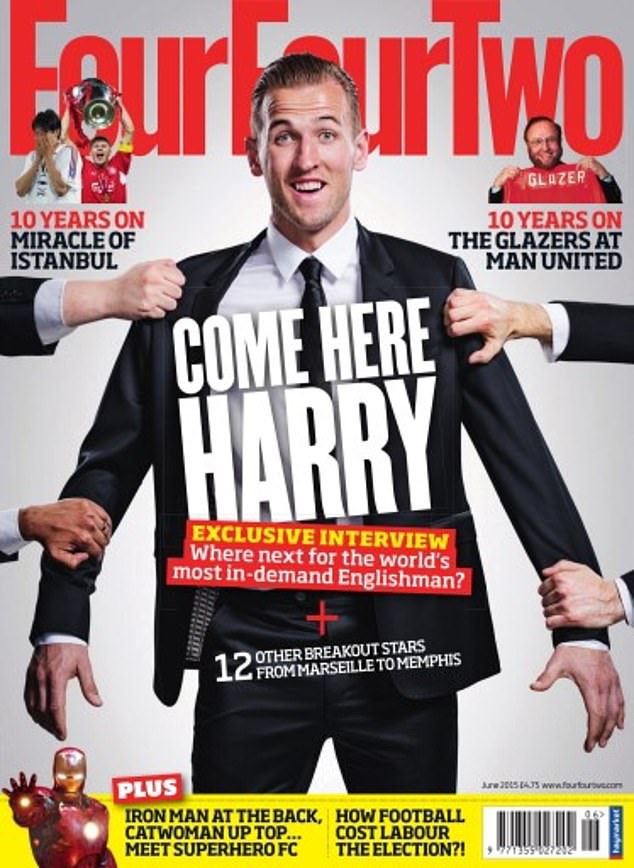 In demand! In May, England captain Harry Kane donned a smart black suit as he appeared on the cover of FourFourTwo 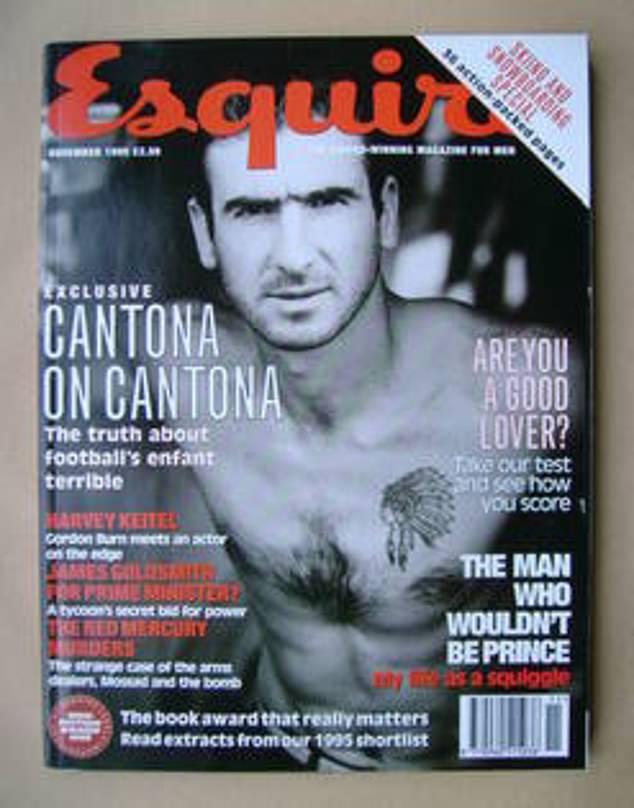 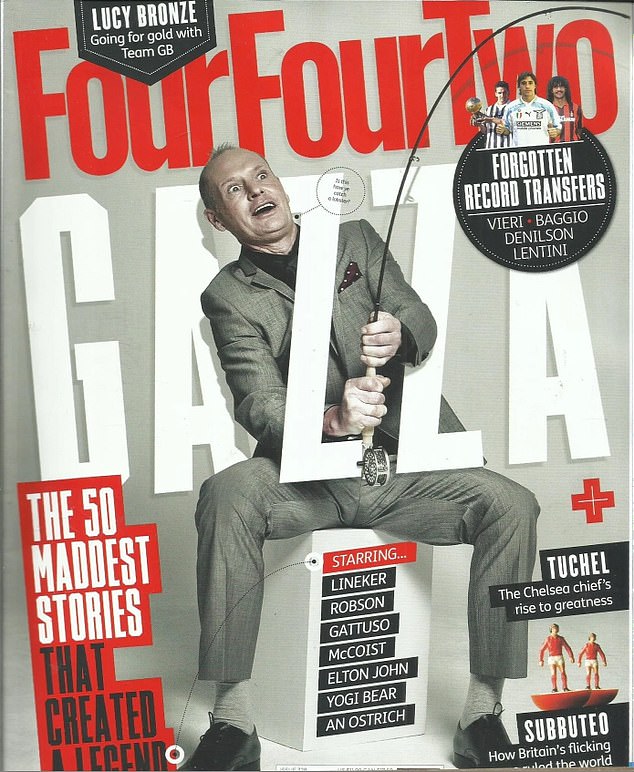 One of England’s greatest ever players, Gazza, sat down with football outlet Four Four Two to talk about his craziest stories 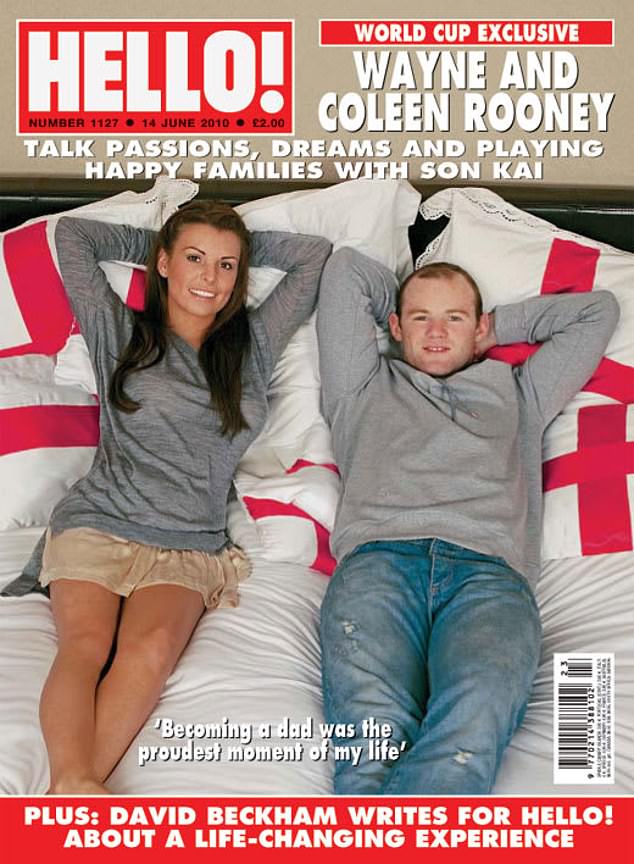 Remember the name – Wayne Rooney! When the nation thought the World Cup was coming home (again) in 2010, the former Manchester United striker and his childhood sweetheart Coleen Rooney opened up about their dreams and passions to Hello magazine 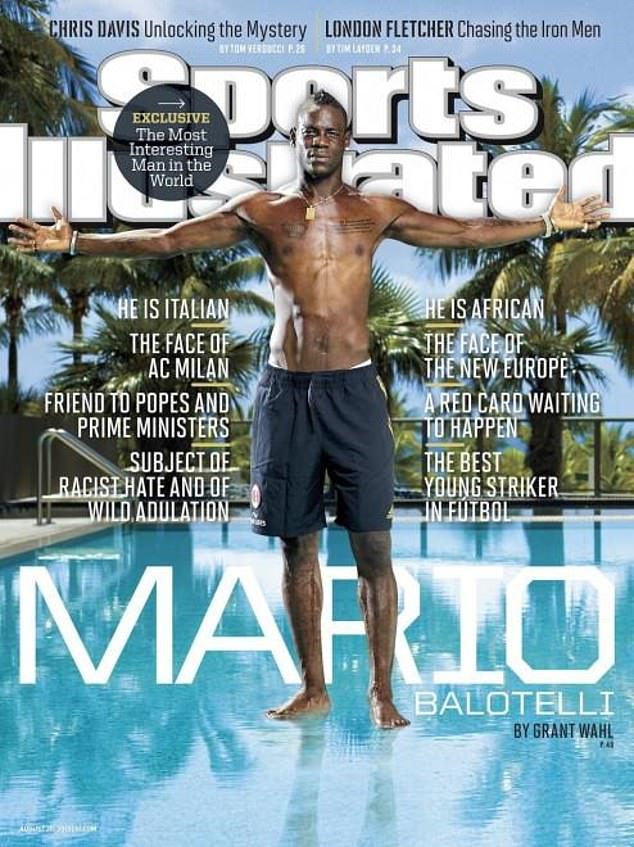 Mario Balottelli never tired of making the news! The Italian forward was dubbed the best young striker in football and was tipped to take over the sporting world with his talents. And in this interview, he was clearly not short of confidence 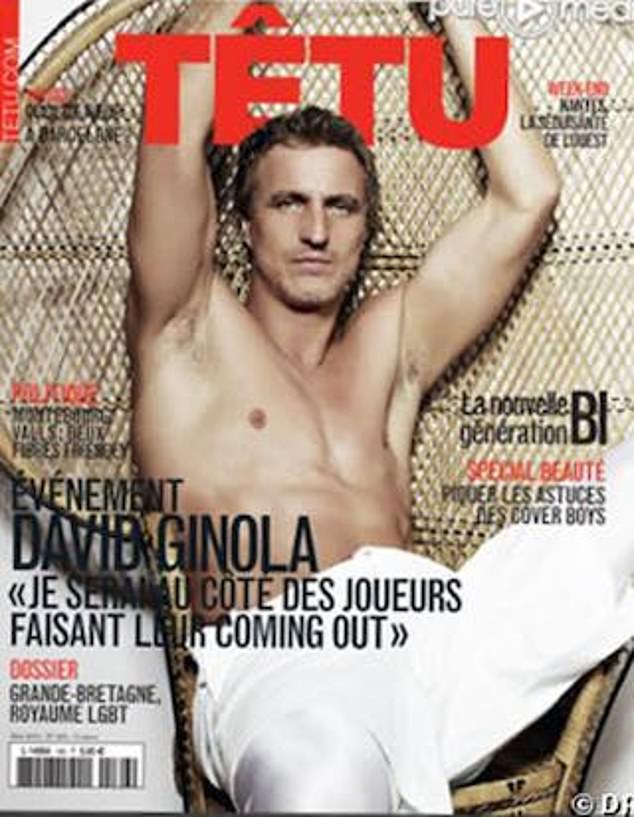 Former French footballer and heart throb David Ginola was interviewed by magazine Tetu, where he showed off his muscular physique on the front cover

Brits had better brace for extreme conditions this...

Brits had better brace for extreme conditions this...