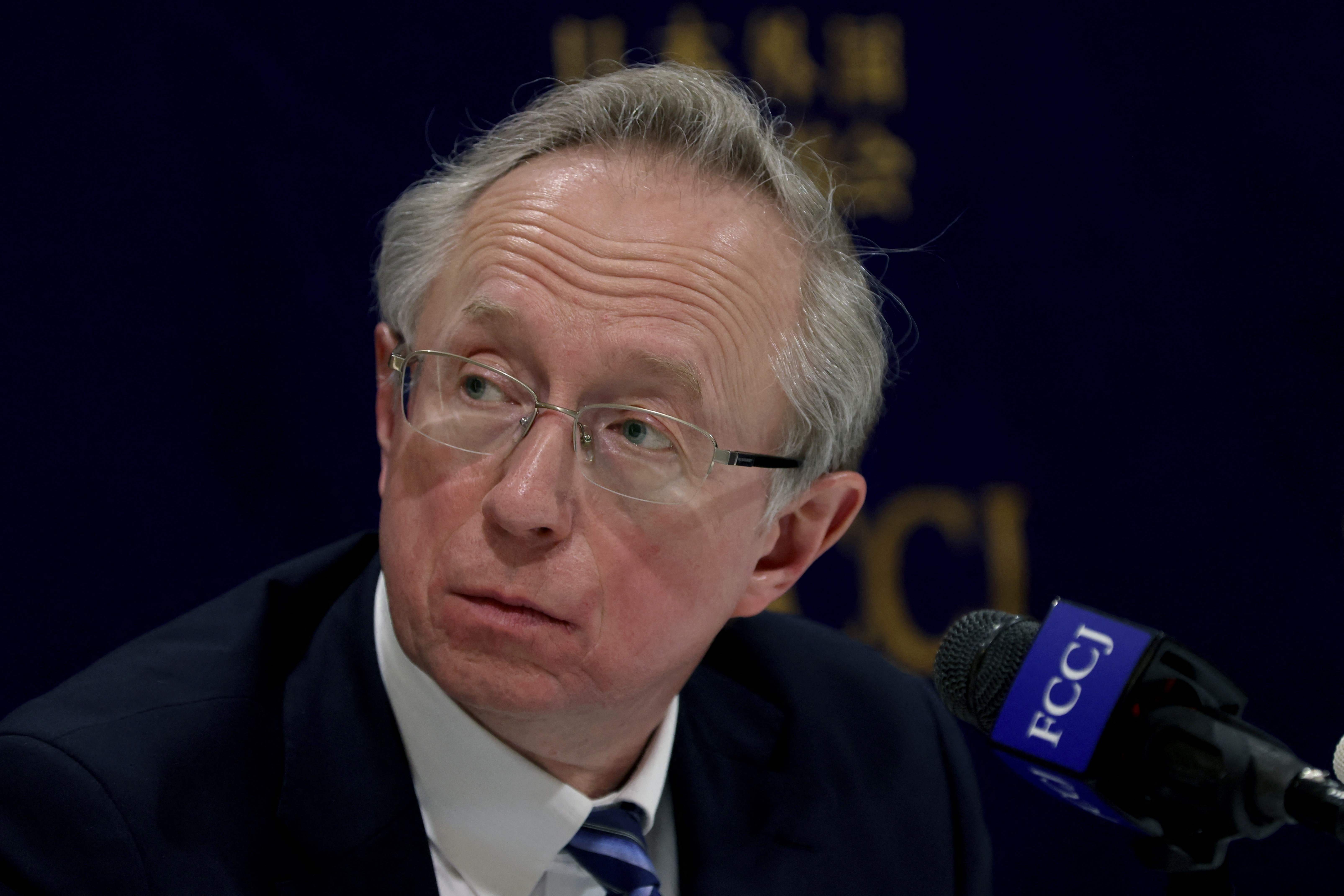 Russia’s ambassador to Japan held a prolonged question and answer session with reporters in English Friday, where he claimed that his country did not intend to occupy Ukraine.

Mikhail Galuzin said Russia was protecting itself against NATO expansion in Eastern Europe while seeking to “demilitarize and denazify” its democratic neighbor to the west, repeating statements made by President Vladimir Putin in a pre-taped war declaration speech the day before.

Galuzin repeated baseless claims of genocide against ethnic Russians in the contested Donbas region, and said forces were liberating them. He also accused Ukraine of “glorifying Nazi cooperationists,” instead of “heroes who brought an end to Nazism,” referring to NATO countries and Russia respectively.

Air, land and sea attacks across the country in regions far from Donbas were part of achieving Russia’s security goals, Galuzin said in response to a reporter’s question at the Foreign Correspondents Club of Japan in Tokyo.

Galuzin claimed Russia was only attacking military targets in Ukraine, not civilians, and said it was up to the people of the country to “chose their future.”

The ambassador refuted characterizations of Russia’s invasion as “war,” calling it a “special operation,” as he repeated talking points about the need for the invasion while blaming Ukraine for violating a 2014 peace agreement in Donbas. He also slammed widespread international sanctions imposed on Moscow, saying they were “very dangerous for the international order based on the UN charter.”

Galuzin decried the US and said its NATO allies no longer had the “alleged right to decide about the international order.”

“This time has already passed because new centers of political economic and military power are emerging,” the diplomat said.

“The world has changed and changed dramatically and there will be no situation in the foreseeable future where the United States could make a unilateral decision on this or that issue.”

When asked what Putin’s end goal in Ukraine was, or if he had plans to invade other countries, the ambassador answered indirectly, saying the authoritarian leader’s mission was “not completed yet.”

Previous articleWeight loss: Michael Mosley on how to lose 2 stone ‘fast’ and ‘keep it off’
Next articleMore than 1,000 car tax signs to be changed after delays but uncertainty over funding